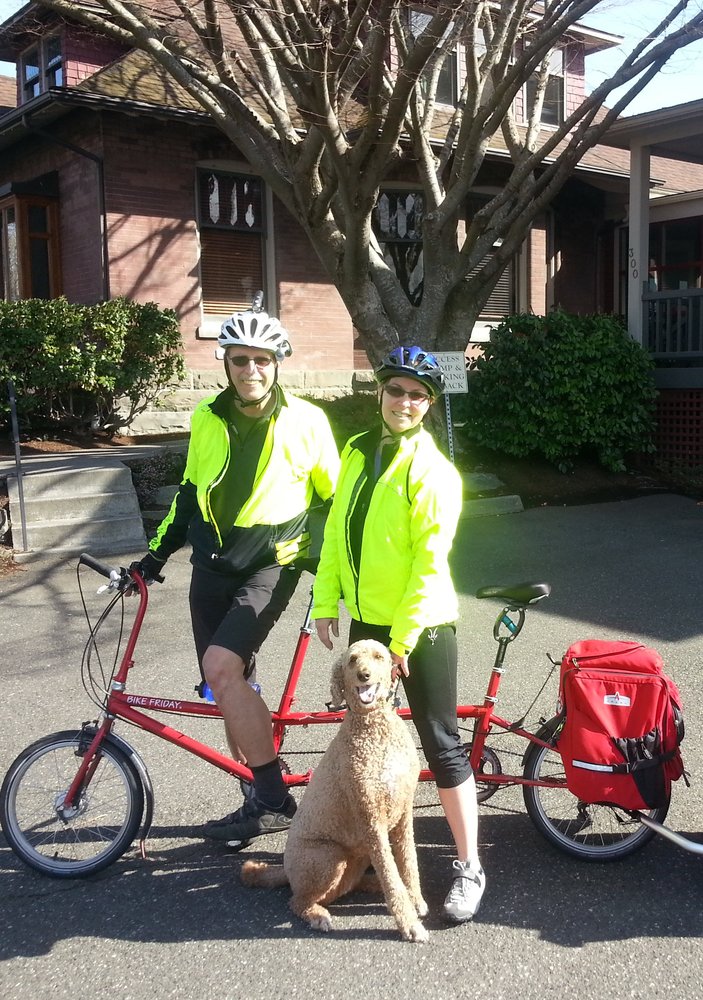 With great sadness, family and friends announce that J. Bruce Smith, 66, died on Monday, October 29, 2018, after a long fight with prostate cancer. He passed away peacefully at home, taking flight on the autumn winds with the same dignity, courage and heart that he lived.

Bruce was an accomplished attorney, a wonderful father, a great husband and lover, a good friend, a caring and committed brother and uncle, an esteemed member of the Bellingham community and one of the finest men one could ever hope to know.

A celebration of Bruce’s life will be held at 1:00 p.m. December 8 at Hillcrest Church, 1400 Larrabee Avenue, Bellingham. All are welcome to his memorial celebration and the reception following. Thank you to Hillcrest for the generous use of their facility.

John Bruce Smith was born on the first day of spring, March 21, 1952, the second of six children of Howard and Joyce (Lambert) Smith and the only son among five sisters. He grew up on the Smith family farm a half mile north of Bardolph, Illinois, population then about 350. The farm had been acquired around 1900 by Bruce’s great-grandparents, with the farmhouse and barn dating to that time and remaining in the family today. The family farm includes a 70-acre parcel along the LaMoine River (Crooked Creek), which was dedicated in May 2018 as the J. Bruce Smith Wildlife Preserve.

Bruce was a Midwestern farm boy through and through. He was honest, responsible, strong and dignified, with a kind manner and sweet sense of humor, all qualities that would define him throughout his life. He was a valuable farm hand to his parents and an excellent student, graduating in 1970 as salutatorian of his class of 16 students. He was a soloist in school and church choirs, a debate titleholder, an active member of Future Farmers of America, and he raised and showed champion hogs.

His achievements continued in college, including winning a place and competing on the state 4-H livestock judging team, which won regional contests in 1970. Afterwards, however, when he met with his freshman college advisor and said he intended major in animal science and become a pig farmer, he was counseled to change his major because there was “no future in pig farming.” So, he decided to become an attorney.

He graduated from college with high honors, including Bronze Tablet, from the University of Illinois at Champaign-Urbana (1974) followed by earning his Juris Doctorate from the university’s College of Law (1977). He practiced as an attorney for three years in Bloomington-Normal, Illinois. Then, inspired by an Outward Bound course he took in the mountains of Colorado, he moved to the West Coast seeking outdoor adventure.

He practiced as the managing attorney of Evergreen Legal Services offices in Ellensburg and Bellingham until 1987, when he joined the Brett & Daugert law firm. He climbed mountains, including Mount Baker and Mount Stuart, bicycle toured hundreds of miles including over the North Cascades Highway, and enjoyed multi-week kayak trips in remote coastal areas. Several friends who shared these adventures remained close and were among those by his side during his illness. He was accompanied on many outdoor adventures by his first wife, Ingela Abbott, who was his partner for nearly 20 years and is mother to their two children.

As important as his career and active outdoor life were, becoming a father at age 45 was a new type of adventure and joy. He loved being Papa to Maya and David, and threw himself wholeheartedly into the role. He could regularly be seen toting one or two babies/toddlers/preschoolers in backpacks, bike trailers or on his shoulders. As they grew older, he was a regular at school functions, on the soccer fields cheering on David, and at theatres cheering on Maya.

His partnership with Janice Keller began in 2003, and after a long companionship they married in 2009, adding her daughter, Delaney, under his protective and loving wing. Together he and Janice parented three kids and hung on for dear life through the teen years. It gave Bruce great pride to see them all mature, succeed in college, and begin their adult lives before he passed away.

Bruce’s 40-year career as an attorney included the last 31 years as a partner in Barron Smith Daugert PLLC and its predecessor, Brett & Daugert PLLC. He was a Fellow of the American College of Trust and Estate Counsel (ACTEC) and over the years was a member of many professional organizations. He was a long-time Whatcom Land Trust board member and served on various other boards including those of the Opportunity Council, Whatcom Family YMCA, Northwest Sports Commission, Chuckanut Health Foundation, and was a founder of the Rotary Club of Bellingham Foundation.

He was grateful to his law firm partner and dear friend Kirsten Barron, and his other partners and staff, for the success and work environment they created at Barron Smith Daugert, with commitments to each other, to professional excellence, and to community service. In a farewell letter to his thousands of clients, Bruce said his work helping individuals and families prepare for and reckon with the end of life was deeply fulfilling, helping him become a more compassionate and understanding man. He said his work taught him much, including the power of forgiveness, the poison of resentment and the both liberating and entrapping power of money.

Bruce regularly reflected on the words of Joseph Campbell, who said that the privilege of a lifetime is being who you are. Bruce often referred to the last 15 years as the time when he became “who I am” and as the “flowering and fruiting of my life.” His legal practice flourished. The three kids were growing into competent, compassionate, interesting adults. He and Janice enjoyed a strong, loving partnership and many adventures as nearly-empty nesters, with canoeing, tandem bicycling, hiking, camping and birding taking them throughout the Pacific Northwest.

Bruce was happiest waking up in a tent at dawn, sipping coffee he made over a fire, and scanning the sky for raptors. He and Molly the Dog were familiar figures walking downtown and canoeing in the bay along Bellingham’s Boulevard Park. When he was not in the great outdoors, he enjoyed reading non-fiction, fiction, and poetry, following current events, and cooking. He perfected Canoe Camping Curry, grilled salmon fillets flawlessly, and is locally famous for Bruce’s Fabulous Fish Taco dinners.

Twenty-five years ago, Bruce wrote: “My personal mission is to be a fully-functioning person, actively creating a fulfilled life. I will do this by challenging myself, accepting responsibility, living with integrity, having faith, contributing to others, respecting the earth and being interdependent.” The many cards, letters and well wishes he and his family gratefully received as his health declined are a testament that he was deeply loved and had achieved his personal goals.

His nine-year fight with prostate cancer was present but carefully placed in the background, rarely slowing him down. Only in recent months did his illness become debilitating, then true to his very private nature, he retreated into his “cocoon,” with Janice, Molly, the kids and a few close friends.

Memorial donations in honor of Bruce may be made to two organizations whose missions he supported: the Whatcom Land Trust (www.whatcomlandtrust.org) and the Bellingham Food Bank (www.bellinghamfoodbank.org.)

As he said regularly: Carry on!