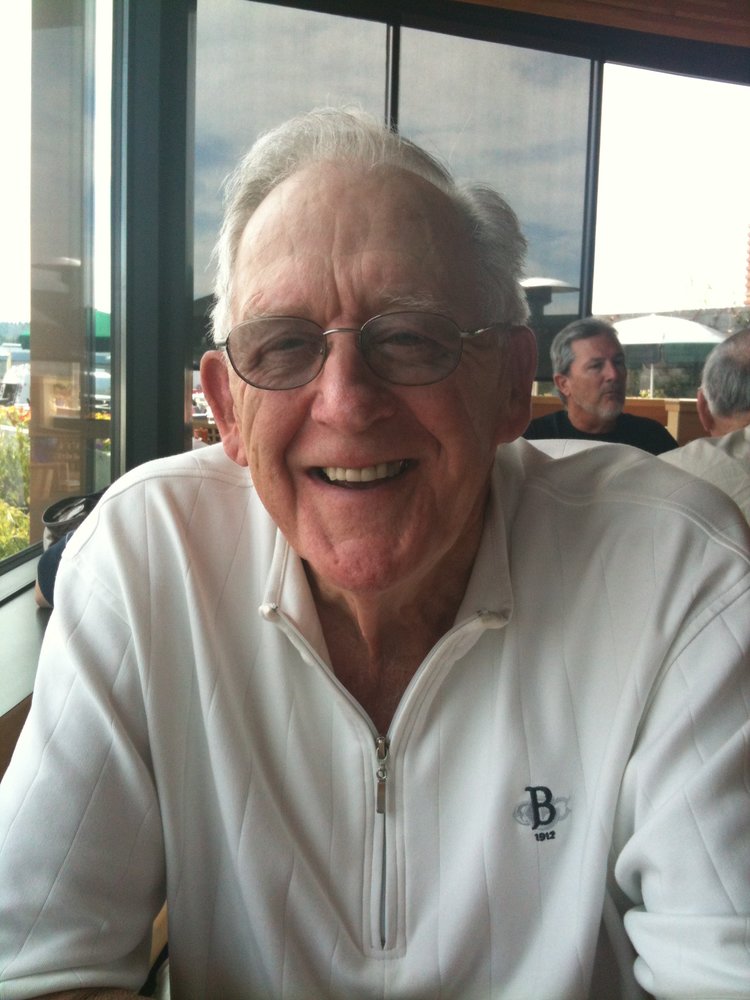 On June 22, 2016, the world lost a classic gentleman. George Jay Rosser passed away peacefully at the age of 86. George was born in Bellingham, Washington on February 17, 1930. He grew up on a farm off the Mt Baker Highway on the Rosser Rd. Much to his chagrin, the name was later changed to the Mission Rd. His parents instilled a strong work ethic and he grew up a sturdy young man, excelling at most sports.
He attended Harmony Grade School and Mt Baker High School, where he played football, basketball, baseball and track. His senior year at Mt Baker, they had an undefeated football season, he was an all-state basketball player and won the state high jump title. After high school, he attended Washington State University, where he was a three sport collegiate athlete; basketball, baseball and track. During his tenure at WSU, he achieved many milestones. His senior basketball season he was selected to the second team all PAC-8. Many say he is one of the finest all around athletes to ever come out Whatcom County and the State of Washington.
In his fifth year of college, while completing his education degree, he was married and started a family. To make ends meet, he started a career selling life insurance. After his return to Bellingham, he joined Farmers Insurance Group in 1956. He purchased the district operation for Whatcom and Skagit Counties. Later becoming the manager for Island and San Juan Counties as well. He had a knack for selecting and developing quality individuals, building a strong team of agents. Before retiring in 1996, he had one of the largest and most successful districts in the state and the company, achieving numerous awards.
George was an avid golfing member at the Bellingham Golf and Country Club and served two terms as the club president. He enjoyed many sports as a participant and as a spectator. He was well known as a loyal fan to his beloved WSU Cougars.
While George was large in stature, he was even larger in persona. Until recently, he could usually be seen with a big ole cigar in his mouth. Despite being a man of few words, he had a wonderful sense of humor, greeted you with a warm smile and always had a kind word for all he met.
George is survived by a loving family and many friends. He made a huge difference in the lives he touched and will be dearly missed! Truly one of the good ole boys!
Private graveside services will be held at Bayview Cemetery on June 30th. An event to celebrate his life to be announced.