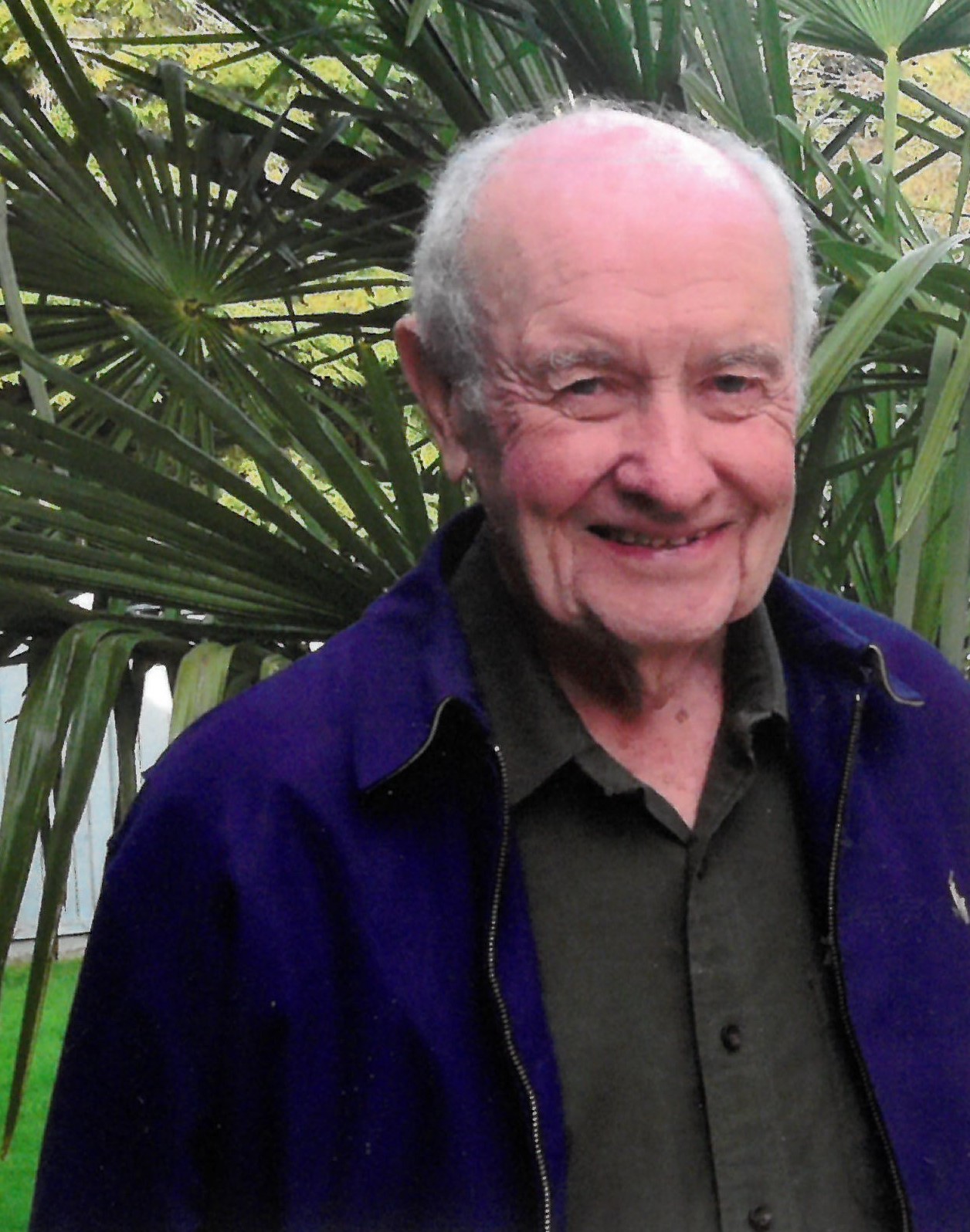 George Arthur Mustard, age 93, of Lynden, WA passed away on January 30, 2020.  He was born March 13, 1926, on the family farm near Brucefield, Ontario Canada.  The eldest of 6 children of Alex and Anna Mustard. His parents, four brothers Frank, Gordon, Thornton, Robert, and sister Marjory predeceased him. He is survived by his loving wife Margaret and four children – Robert (Monique) of Florida, Donald (Claire) of Utah, Peter of British Columbia, and Jean (Casey) of British Columbia. There are 12 grandchildren and 18 great-grandchildren.

George attended a one room country school through grade 8 and Clinton High School. In early 1944 he joined the Canadian Navy and served aboard ship in the South Pacific through the end of the war. He was discharged in December 1945 and entered the University of Western Ontario, London in January 1949.

At University he met Margaret Steele of Rodney, Ontario. They were married November 5, 1949. They moved to Calgary, Alberta, where George got a job as wellsite geologist with Marathon Oil Company. He worked for Marathon for 34 years in several different exploration and management positions in Calgary Alberta, Findley Ohio, Brisbane Australia, and London England.

George and Margaret retired in June 1984 and moved back to their Calgary home. Five years later they moved to Denver to be near their oldest 2 sons and families. In April 1995, they moved to Lynden, WA, to be closer to their son and daughter and families in Vancouver, BC.

His interests included travel, gardening, yard work, and the stock market. He was an avid downhill skier and played golf into his nineties.

George was unassuming and rather reserved, but he loved his family and was very proud that his 4 children all graduated from university and have done well in life – and are good people.

George’s last few months were spent at Lakeside Gardens Adult Family Home. The family would like to express their thanks for the compassionate, loving care he received there.

At his request, no services will be held.

If desired, please donate to the Lighthouse Mission or to Lynden United Methodist Church

1 responses to George A. Mustard