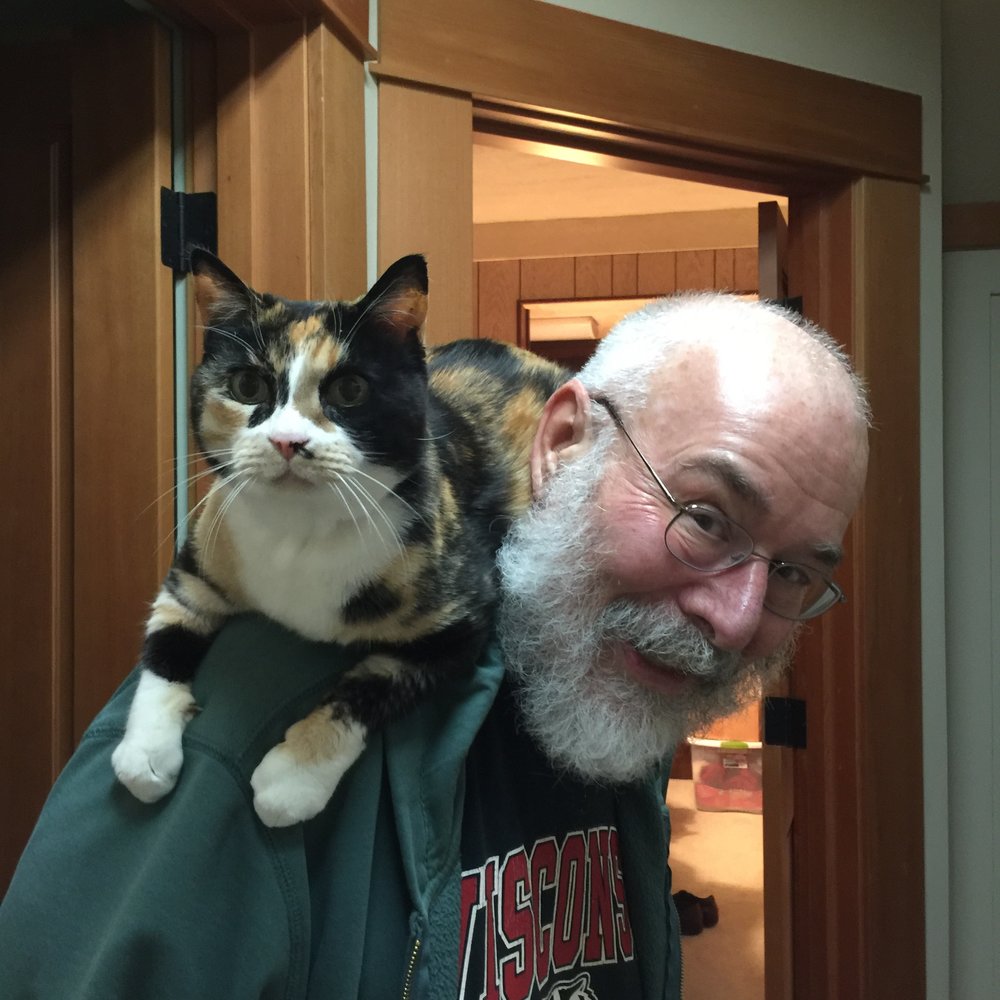 Fredrick Louie Charlton was born in Seattle, WA on November 29, 1941. He passed on April 19, 2017. He was named after his father, Fredrick Edward Charlton, and his mother, Paulina Rosa Burgler’s, youngest brother Louie who died at an early age. His father was US Navy and Freddie, having been born just seven days before Pearl Harbor, spent his childhood in such naval bases or training stations as Detroit, Virginia, Japan, Hawaii, and San Diego. Fred, Paulley, and Freddie moved to Avon (outside Mt Vernon) when Fred was high school age; he graduated in 1956 from Mt Vernon High School. He attended Skagit Valley Junior College, where he earned an AA, and then transferred to Western Washington University where he earned bachelor’s and master’s degrees in History.

Fred worked for the City of Bellingham in Maintenance and Operations. He made an authentic Santa Claus, for city employees and the public, complete with his own home-grown beard. He retired in 2003.

He had a lifelong love of motorcycles and loved to go on aimless rides on sunny days. The rides also included trips through Eastern Washington with Montana as the destination.

To say he was an avid history buff is to put it mildly. He enjoyed regular discussions through lengthy correspondence or Skype conversations about the finer details of military history, in particular WWII, with friends here and in Europe. Throughout his life, he amassed an amazing library on the subject.

He was also a huge football fan – from the Bellingham Raiders to the UW Huskies to the Seattle Seahawks. If he wasn’t at a game, you could be sure the TV was on and the house was full of raucous yelling of one kind or another.

His family will fondly recall his singing, especially Celtic tunes and Happy Birthday to anyone, known or unknown, celebrating a birthday; his love of language including nonsense words and archaic usages; his quick smile and big hugs; and his quick, deep laughter.

After a brief first marriage to Nancy (Bushnell) with whom he had his two oldest kids, he married Kirsti (Eide) in 1971. Together they had three children. As a family, they enjoyed summer road trips throughout the western US, exploring spots of historical significance or special interest to Fred.

A family gathering will be held at Moles Greenacres (5700 NW Dr, Ferndale) at 10 am on Friday, April 28. This will be followed at 11:30 by a gathering of friends, family, and neighbors at an open house at the family home in the York Neighborhood. If you knew Fred, or know any of his family, you are welcome to stop by at any time during the late morning or through the afternoon.

In lieu of flowers please feel free to make a donation to The Whatcom Humane Society or your local food bank.