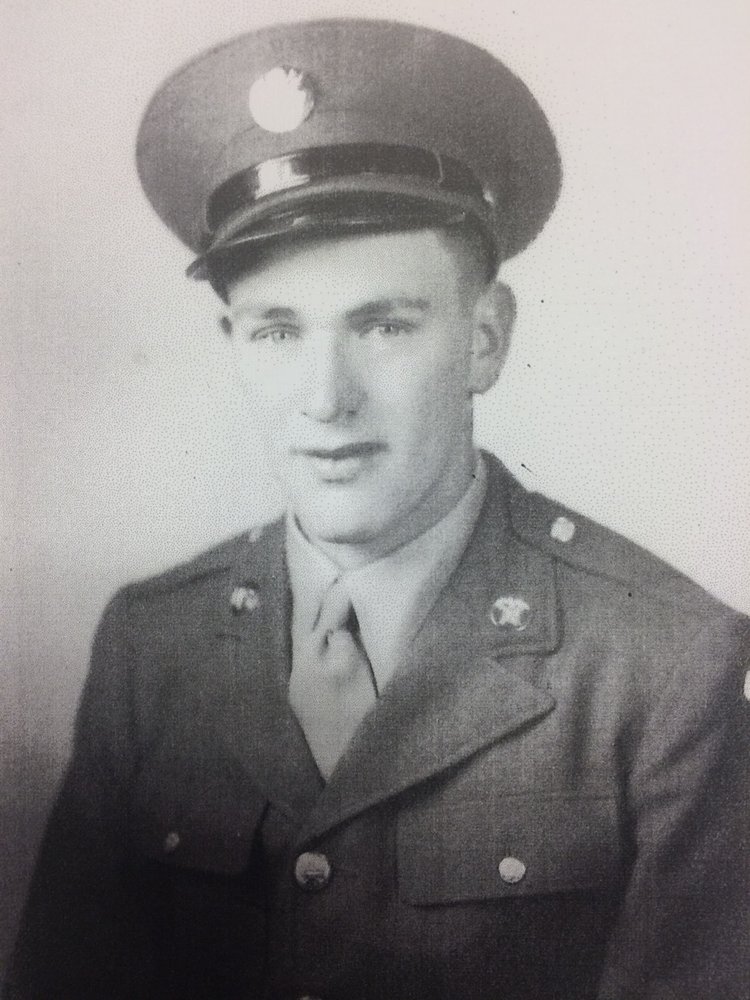 Fred was born to Barney and Ethel Goodman in New Westminster, B.C., joining his older sister Ivy. He resided in Canada until the 7th grade when family moves had him attending schools in Ballard and Edmonds, WA prior to entering high school as a Borderite in Blaine, WA.
After graduation, he apprenticed as a printer at the Blaine Journal, then worked in Seattle until drafted in the Army in 1942. His first duty was building the Alaska Highway in British Columbia and the Yukon from 1943-44. Before shipping out to Europe, he married Jean Ruth Munro of White Rock, B.C. He landed at Utah Beach June 12, 1944, providing security for supplies delivered to the front lines. He continued east to Berlin and Potsdam where Truman was negotiating the German Surrender. Released from the Army in 1945, he returned to Bellingham and the start of a 38 year career with the Bellingham Herald.
Family life was filled with tent camping in the summers and supporting his two sons in sports, scouts, and other activities. Boating filled his life with a succession of five boats and included waterskiing on Lake Whatcom as well as fishing and cruising in the San Juan and Gulf Islands. He was a charter member of the Wheel and Keel Boating Club. Fred was a 63 year member of the Elks, serving as Exalted Ruler and District Deputy, and a 23 year member of the American Legion.
Retirement found Fred and Jean RVing, as members of the Bell-A-Wheels, and making a special trip to Alaska commemorating the 50th anniversary of the Alaska Highway. Bus trips with Hesselgrave, a trip to New Zealand, cruises to the Canadian Maritimes, and the Panama Canal filled their retirement years. Fred was outgoing and enjoyed the friendships of many throughout his lifetime.
Fred was preceded in death by his wife Jean, sister Ivy Calhoon, son Lester, and grandson Travis.
He is survived by his son Fred (Trudie) Goodman, daughter-in-law Penny Goodman, grandchildren Tanya, Trevor, and Taylor, and great grandchildren Makaila, Trenton, Trista, and Andrew.
A Celebration of Life is scheduled for 2:00PM Thursday, January 7th, 2016 at Moles Farewell Tributes (2465 Lakeway Dr.)
Memorial donations may be made to a charity of your choice.