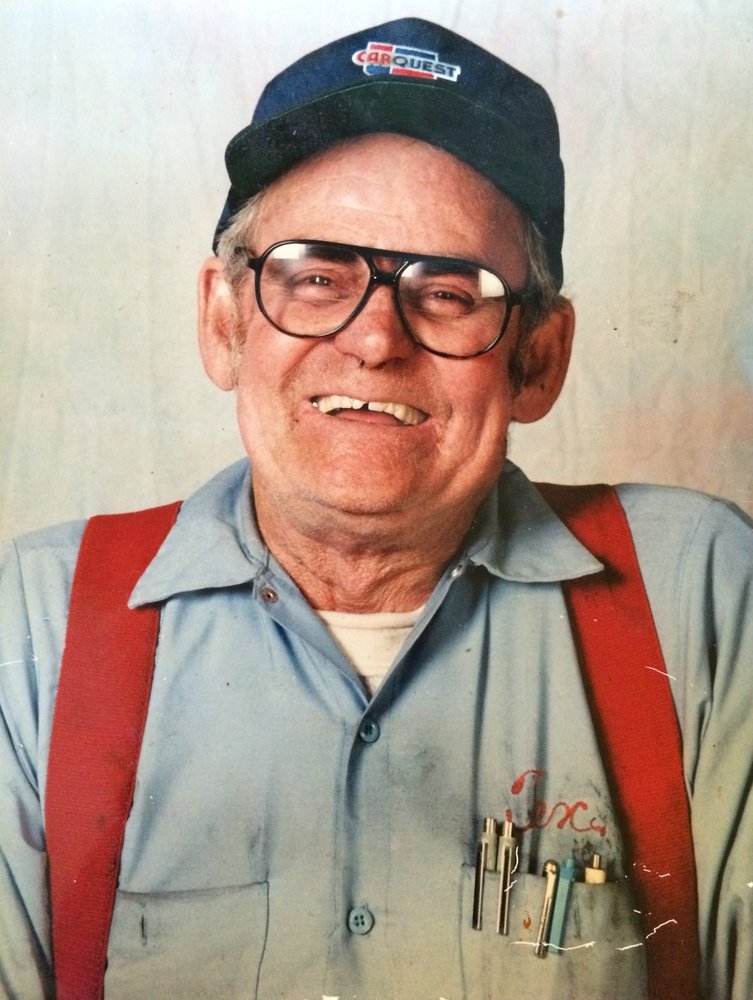 Franklin “Tex” Sirmans 81 passed away at St Francis in Bellingham Washington on March 12, 2015. Tex was born to Sallie and Albert Sirmans on February 3, 1934 in Queen City Texas and was the eldest of five sons. Tex graduated from Queen City High School in 1952 and joined the US Navy November of the same year. He bravely served his country in the Korean War and was stationed in Corpus Christi, Texas and later in Whidbey Island, Washington until his honorable discharge on November 2, 1956. Tex married his wife Donna in April 1955. Together they welcomed 3 children; Daughter Tamera (Tammy) Sirmans, Terry Sirmans, and Steven (Steve) Sirmans. They remained happily married for 49 years until Donna’s passing in 2006. Tex had a lifelong love of cars and mechanics. He turned his passion into successful gas station businesses and in 1976 he opened Tex’s Service in Ferndale. His immense mechanical knowledge and love for all things automotive combined with his passion for helping others remained strong until he retired in 2010. Tex was an active and well respected member of the community, taking part in many organizations including a 25 year membership to the Moose Lodge. Tex loved working in his garden and seeing how many different types of roses he could grow, alongside his dog and constant companion Teka. He found true joy surrounded by his family; including his children, 7 grandchildren, 9 great-grandchildren, and many nieces and nephews. Tex is preceded in death by his parents, his wife Donna, his son Terry, and brothers Albert (Buddy) and James Sirmans.
A viewing will be held on Friday, March 20th, 2015 at Moles Greenacres funeral home in Ferndale, WA from 12:00 (Noon) until 2:00 PM followed by military honors and a memorial service with reception from 2:00-4:00 PM.
A celebration of life potluck will be held on Saturday March 21st, 2015 at the Bellingham Moose Lodge 710 Samish Way Bellingham, WA 98229 from 1-4 PM. The family would like to invite all those that wish to come to please bring a dish to share and join in celebrating the life of this truly wonderful man.