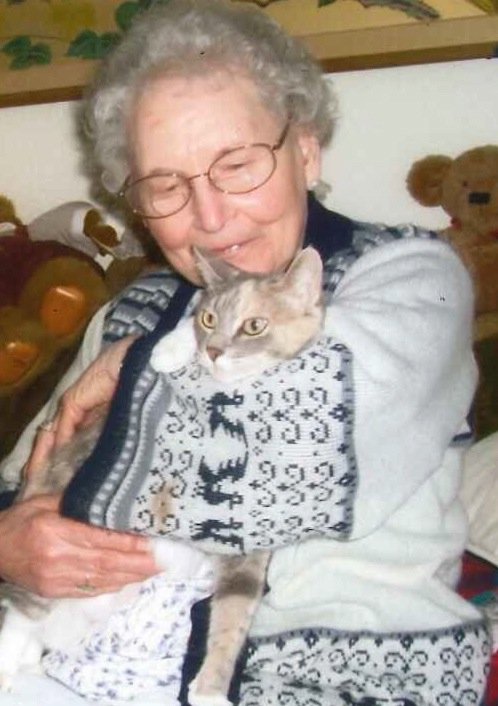 Evelyn M. Thompson died March 6, 2015 at the age of 98. She was born August 24, 1916 in Philadelphia, Pennsylvania to Lester and Florence Russie. She moved to San Francisco, California, where she met her husband, Captain Clifford W. Thompson, and was married in Reno, Nevada on June 22, 1946. She was a long time member of the Order of Eastern Star, Ferndale, WA.

She was preceded in death by her parents, her husband, two brothers Elmer and Les Russie, sister Betty Brostrom, and her cat Missy.

The family would like tot thank the entire staff Brookdale Assisted Living Facility Fairhaven, for the loving care they gave her to the end.