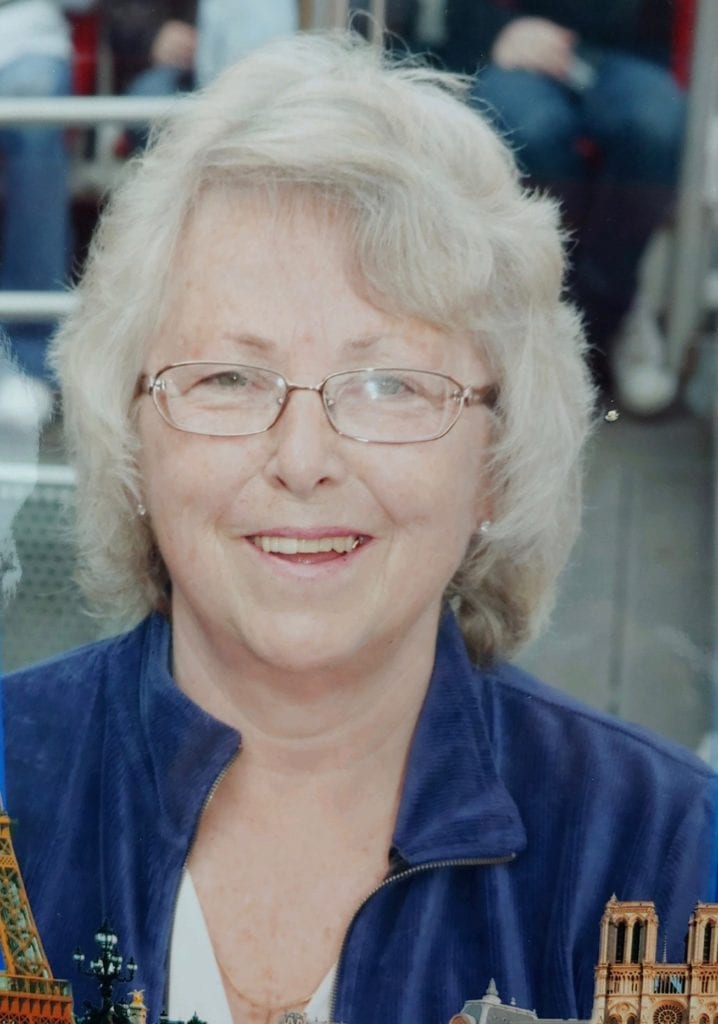 Esther May Poyner passed away peacefully after a month-long illness on October 10, 2020. She was a wonderful wife, mother, grandmother, great-grandmother, and friend. She will be dearly missed by all.

Esther was born May 7, 1943 to Arie and Ellen Sluys in Sumas, Washington. She is survived by her husband Riley Poyner, children Gary Starkey (Janet), Marcie Rohwer (Bob), and Jill Starkey, as well as seven grandchildren and five great-grandchildren. She is also survived by siblings Ann Adele Zeiger, Vangie Bevans, Hazel Haggen, and Paul Rockwell. She was predeceased by her husband Gregory Starkey, and by siblings Bill Sluys, Edward Sluys, Eleanor Frost, June Cruson, Rhoda Sluys, and infant James Sluys.

Esther attended Bellingham High School and afterward obtained her LPN degree from Bellingham Vocational Technical Institute. She started her career in healthcare at St. Luke’s Hospital and continued to work locally for many years. Her coworkers remember her as a wonderful, compassionate caregiver. Esther married Gregg Starkey in 1959 and they had three children together. They were married until Gregg’s passing in 1992.

Esther married Riley Poyner in 1997. Esther and Riley loved to travel and had the privilege of taking road trips around the USA, frequent vacations to Hawaii, and a memorable trip around Europe. She was known for her craftiness and homemade gifts. She embroidered blankets for each of her family members that will be cherished for years to come.

Esther was the queen of any kitchen she found herself in. She loved to support local farms, pick her own berries, and make enough jam to feed all of her loved ones. (A note from her family – we will now have to learn to make our own jam). She made the best baked goods, always from scratch, and did not give an option of skipping dessert. Esther made it a point to gather family together for holidays, have festive decorations for any occasion, and would always send a to-go plate if someone was not able to make it. She loved to garden and grew beautiful dahlias, peonies, and begonias year after year.

Esther’s family will remember her as selfless, endlessly loving, and as someone who always put others before herself. We will miss her hugs, generosity, daily phone calls, and bright smile.

Due to the ongoing COVID-19 pandemic, a public memorial will not be held. Go for a walk outside, call your loved ones, and bake a pie in Esther’s memory.

Memorials can be sent to Northwest Baptist Church, 3545 Northwest Ave, Bellingham, WA where Esther and Riley attended for many years.

9 responses to Esther May Poyner