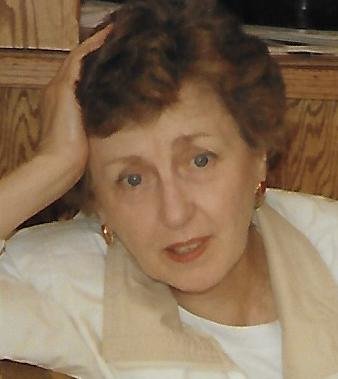 The seventh of Rufus and Grace’s eight surviving children, Jean spent her childhood in Kendal, Saskatchewan surrounded by a large and bustling family where her brothers had their own orchestra which provided the background music for Jean’s early life. That music was quieted while Jean’s beloved brothers Dean and Rufie served during World War II. As a young girl, Jean found respite from the anxieties of having loved ones in combat by putting her nose firmly and faithfully in a book. Books were forever afterward her chief sources of solace and refuge. An excellent student, she independently worked her way through the curriculum offered by the one-room school house she attended. When she was fourteen, Jean and her older sister Iris made the 78km trip from their home village to stay in Regina where Jean could continue her education at Regina Central Collegiate High School. At Central Collegiate she happened to encounter a gentle young man named Ian Willey whom she would marry after they had both graduated from the University of Saskatchewan in Saskatoon.

In the early years of their marriage, Jean provided the financial support by working at the Northside Branch of the Saskatoon Public Library and then at the University of Alberta library while Ian was in medical school there. After immigrating to the United States so that Ian could pursue a specialty in Pathology, Ian and Jean settled in Bellingham where Jean created a home that was her sanctuary. Jean possessed a keen love of beauty and would often be transported by the sweet melody or the soaring bel canto aria. In summer she would arrange fragrant and abundant rose bouquets from her garden. Never being one to over-romanticize things, however, Jean always pursued the heart of any matter and eschewed triviality. Known in her family for her feisty spirit, she valued honesty, individualism and the ability to see that the Emperor wasn’t actually wearing any clothes.

Jean was predeceased by her parents, her husband Ian, and her siblings Murray, Dean, Viola, Rufus Jr, Mavis, Iris, and Doreen. She is survived by daughters Susan Blood (Roger)of Albany, NY and Cecily Aegerter (Paul) of Bellingham, grandsons Evan Aegerter, Ian Aegerter, and many nieces and nephews. Many thanks to Phyllis Hess, her friend and caregiver with whom she had a particularly close relationship and to the staff at Spring Creek Memory Care who provided empathy, care and sing-a-longs reminiscent of those her family enjoyed. A memorial service will be held in the summer at a date to be announced. In lieu of flowers, memorials may be made in Jean’s name to Whatcom Hospice Foundation, 2800 Douglas Avenue, Bellingham, WA 98225, whatcomhospice.org or to the Mount Baker Theatre, 104 N. Commercial St. Bellingham, WA 98225.