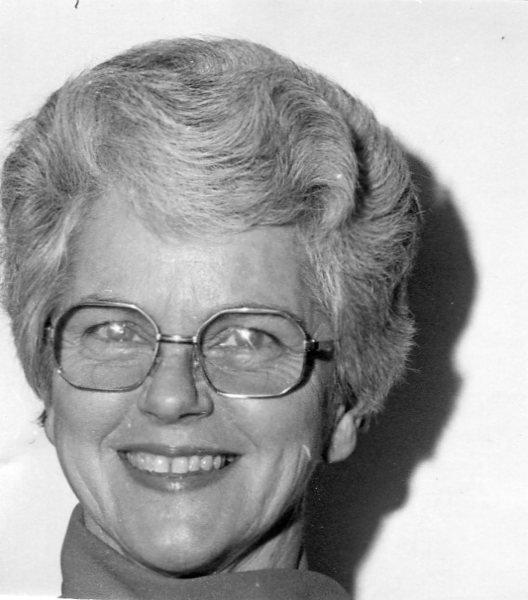 Growing up in Raymond, Eleanor was an active 4-H member, girl scout, First Baptist Youth Group, drama, glee club, pep club, and played the violin in her high school orchestra. She earned money as a maid, clerk, waitress and “soda jerk” in the local ice cream fountain. She graduated from Raymond High School in 1939.

Eleanor attended Linfield College at McMinnville, Oregon for two years and then transferred to WSU in Pullman, Washington because of her major in Home Economics. It was at the First Baptist Church in Pullman that she met her future husband Irv Dow who was also attending WSU. At that time, she was president of the Washington State American Baptist Youth Fellowship.

In April of 1944, she married Irving Dow in Raymond, WA. In April of the 1945, they returned with their baby daughter, Carolyn to WSU right after World War II ended. Both Mr. and Mrs. Dow worked; Irv as a custodian, and Eleanor as a waitress and also in the college library.

In 1948, son Rodney was born at Colfax, WA. After graduation, the young family moved to Yakima and later to Prosser where Eleanor eventually substitute taught in both the junior and high schools and taught Math and Science full-time in the junior high, and Home Economics in the high school, for two years each.

Eleanor was a member of the Heart and Home Extension Club for 25 years. She was a 4-H leader, a Fair judge, and taught Sunday School and Bible School for 50+ years in the First Baptist Church in Prosser. She and her husband were youth leaders , taking kids to many youth events and camping trips. She was an avid supporter of the American Baptist Women, taking an active part in local and state offices. She was a special supporter of mission work around the world.

Eleanor thoroughly enjoyed traveling to foreign countries with her husband who was sponsored by AID (Agency for International Development). Mr. and Mrs. Dow spent time in Egypt, Jordan, South Africa, and Pakistan.

Eleanor enjoyed crafts, sewing, gardening, making and sending greeting cards, cooking, and entertaining family and friends. She was a pastor’s wife for two years as her husband Irving was pastor of the Vista Baptist Church in Kennewick, WA. Eleanor and Irv were enthusiastic supporters of Sunnyside Community and Mid-Columbia Concerts in the Tri-Cities. Eleanor served the First Baptist Church in Prosser for 56 years, and then transferred to the First Baptist Church in Sunnyside where she served for four years, before moving to the Charbonneau Retirement Home in October of 2009. She continued to make and send out cards, loved playing “Bean Bag” baseball with her fellow Seniors, and especially enjoyed the independence, coziness, and spectacular view of her lovely apartment. She was able to continue attending weekly church services and Bible studies.

In June 2012, she fell breaking her hip. This began a long journey of moving to various hospitals, rehab, and assisted living facilities. She lived in Bellingham,WA and was a member of the First Baptist Church there her last two and a half years enjoying involvement in the Esther Circle and making craft posters for the social hall. Her final months were in Sedro Woolley at a Family Adult Home called Harmony House run by relatives.

Eleanor was preceded in death by her parents Ben and Hazel Winters, one brother Buford Winters and husband Irving Dow. She is survived by four children, Carolyn Goble of Bellingham, WA, Rodney Dow and wife Lisa of Selah, WA, Gregory Dow and wife Carol of Richland, and Diana Hall and husband Bryce of Kennewick. She is also survived by seven grandchildren, Ginger Goble -Van Diest and Partner, Laurie, Jackie Hollander and husband Paul of Lynden, WA, Ben Dow of Kennewick, Charlie Dow of Denver, CO, twins Chloe and Mackenzie Hall of Kennewick, and Julian Dow of Selah. Eleanor is also survived by seven great-grandchildren, Jacob, Hannah, and Sarah Hollander of Lynden, WA and Peyton, Windsor, and Honour Goble-VanDiest of Seattle, and Charlotte Dow of Kennewick.

Funeral Service will be held June 27th at Noon at First Baptist Church of Bellingham.

The graveside service will be held at the Prosser Cemetery in Prosser, WA on June 29th at Noon.

Please share your thoughts and memories in the guestbook.