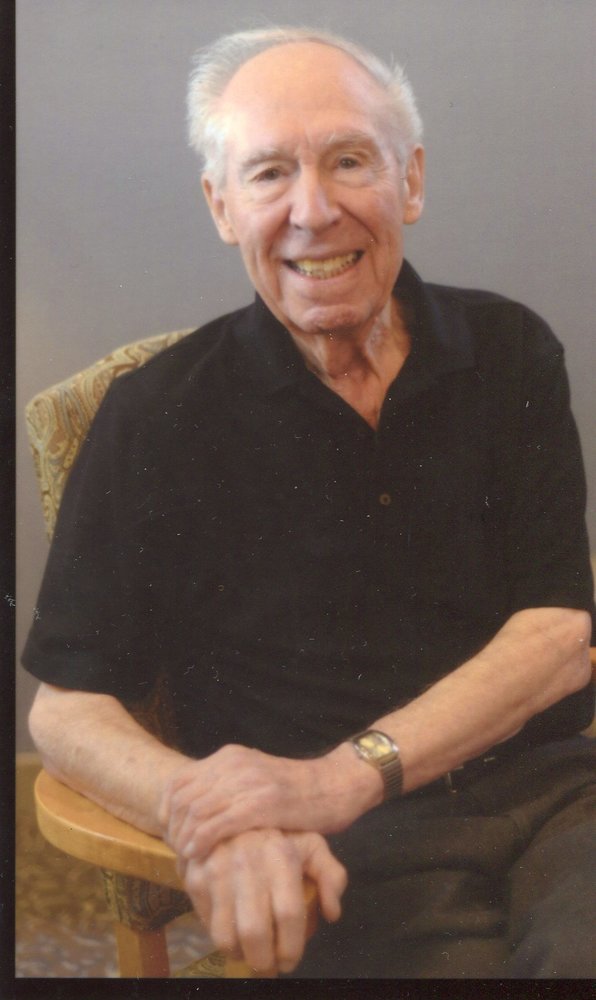 Edward August passed away after a brief illness on Monday, September 21, 2015. Ed was born in San Francisco, California on March 27, 1923. Ed was a Tech 3 Sargent in the U. S. Army and was deployed in the South Pacific during WWII. He married Simone August on July 30, 1948 in Oakland, California. After retiring from Pacific Bell Telephone Company, where he was employed for 34 years as a senior engineer, he and Simone moved to Bellingham and lived here for over 30 years. They enjoyed boating aboard the “August Moon” in the earlier years in Bellingham, and made many lifelong friends though the Bellingham Yacht Club/Wheel & Keel. Ed served as Commodore of the Wheel & Keel in 1986 and they were voted “Boating Family of the Year” in 1990. They also enjoyed traveling, especially their many trips to Portugal. Ed was a family man and coached his son’s little league baseball teams. He also enjoyed fishing, golf, baseball, college sports, and fine wines. Ed was an expert with electronics and fixing antique radios and televisions. He had an extensive antique radio collection that he donated to the Spark Museum of Electrical Invention on Bay Street and also volunteered there repairing vintage electronics. Ed coached the bean bag baseball team he started at Spring Creek Retirement Center. Ed was preceded in death by his wife, Simone August, and brother, Willie August. He is survived by his daughters Pam (Don) Henson of St. George, UT and Colette (Terry) Alford of Hood River, OR; his sons Paul (Lisa) August of Oakland, CA, Roger (Nelia) August of Bellingham and Mike (Sarah) August of Bellingham; four grandchildren Robert Green, Michael Green, Shondra Mayer and Alison August and three great-grandchildren. At his request no funeral services will be held. He will be put to rest at San Joaquin Valley National Cemetery in Santa Nella, CA. Please view the online tribute at wordpress-271002-1416095.cloudwaysapps.com.