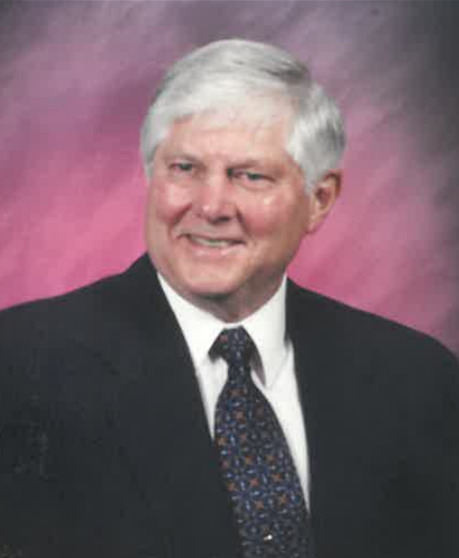 Edward Irwin Alderson passed away peacefully into the arms of Jesus on June 2, 2022 at 98 years old.

Ed was born on April 10, 1924 to Fred and Julia Alderson of Bellingham, WA. Ed grew up on a chicken farm with his younger sister Shirley (Lee). He attended Bellingham schools until his senior year and then graduated from Meridian High School in 1942.  He enjoyed playing basketball, and while he was very handsome, he was also rather shy with the ladies. He was drafted into the Army and served our country from January 1949 – January 1950 and again from September 1951 – September 1952. He served as an engineer, bringing equipment to the men building bridges in the Korean War. While Ed faced many hardships and tragedies in his younger years, he always had a smile on his face, a twinkle in his eye, and a light-hearted joke ready to share with anyone around.

Ed met Joyce in 1956 on a blind date. They soon fell in love and married six months later on June 23, 1956. They became parents the following year to  Greg and then fourteen months later to Steve. They raised their boys on a dairy farm his step-father had left him off of Wiser Lake Road. Ed sold the milk to Carnation and farmed until 1989 when he sold the farm and most of the property to retire.

The ’80s brought them four grand children that all lived within a stone’s throw on the same farming property for many years. Ed and Joyce were very involved in their church, and shared the love of God with their family and friends.

Ed (affectionately called “Grandpoohpa” by his grandchildren) spent many hours listening to them run and play in his yard as he tended to his vast vegetable garden. He was also a fisherman, woodsman, golfer, and loved his Seahawks and Mariners. He also had quite the sweet tooth, never turning down the offer of dessert. Ed was always looking for a good deal, but it didn’t stop him from being generous.  He was clever and quick witted, which got him into trouble from time to time, as he wasn’t very good at censoring his jokes for his audience.

Ed stood faithfully with his wife Joyce as she faced life-altering dementia in her last years. It wasn’t easy, but he was loyal and loved her very deeply. They shared 50 years together. After Joyce’s passing in 2007, Ed was able to find love again and married Marion, an acquaintance he had known in his youth. They rekindled their friendship at the Lynden Senior Center, and later married in 2008.

Ed was preceded in death by his parents, his sister Lee and her husband Bob McCoy, his wives Joyce and Marion, brother-in-law Don Olson, and nieces Katie Day and Kelly Penny.

The family would like to thank Lisa for all her care over the years in helping take Ed to appointments, bringing him meals, and so much more. Thank you to Jesse and Amanda (along with their children) for the years of care they provided so Ed could stay longer in his home and be surrounded by family. Thank you to Orchard Park for their care in his final years, and to Hospice for their tenderness and care in his final months.

A celebration of life will take place at Greenacres Memorial Park June 23, 2022, at 2P.M.

Memorials may be made in Ed’s memory to Orchard Park Assisted Living or Whatcom Hospice in Bellingham, WA.