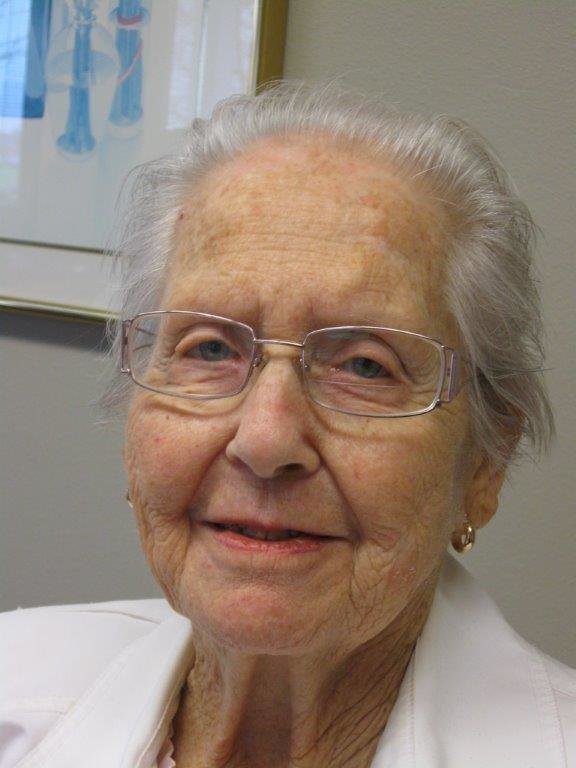 Dorothy passed away on December 20, 2017 following a brief illness. She was born to Earl and Anna Sharp of Burlington Junction, MO on February 18, 1924. The family, including sisters Harriet and Rosella, all now deceased, moved to Atchison, KS in 1930. There she met her future husband, Robert Moore. They were classmates from grade school, graduating from high school together in 1942, and were married in 1943.

After Bob’s time in the Navy, he worked several jobs while they planned and pursued their dream of a large blueberry farm. They purchased a 40 acre “stump farm” near Custer and began by planting 1/3 acre with 300 bushes. The farm grew to 95 acres and 90,000 bushes and was, at that time, the largest blueberry growing and processing operation west of the Mississippi. Without Dorothy’s hard work and enthusiasm, this could never have been possible. She helped manage the field and packing shed crews, as well as the accounting duties.

After retiring from the farm, they moved to Ferndale for 18 years, then to Lynden for 18. They enjoyed traveling in their motor home, especially to South Padre Island, TX. They took several cruises, as well as trips to Hawaii and Europe.

She was wonderful wife and exceptional mother to 4 children. Dorothy is survived by her husband, Bob, of 74 years, as well as sons Gary (Ramona), Don (Cheryl), and Tony (Karen Miller), daughter Nancy (Paul) Andersen, and many, many grandchildren, great-grandchildren, and great-great-grandchildren.

The day before Dorothy passed away, Nancy had the great joy of leading her mother to Jesus. She had a gentle, sweet spirit even to the end, which was noted by several of the hospital and hospice staff that cared for her. At her request, no services will be held.