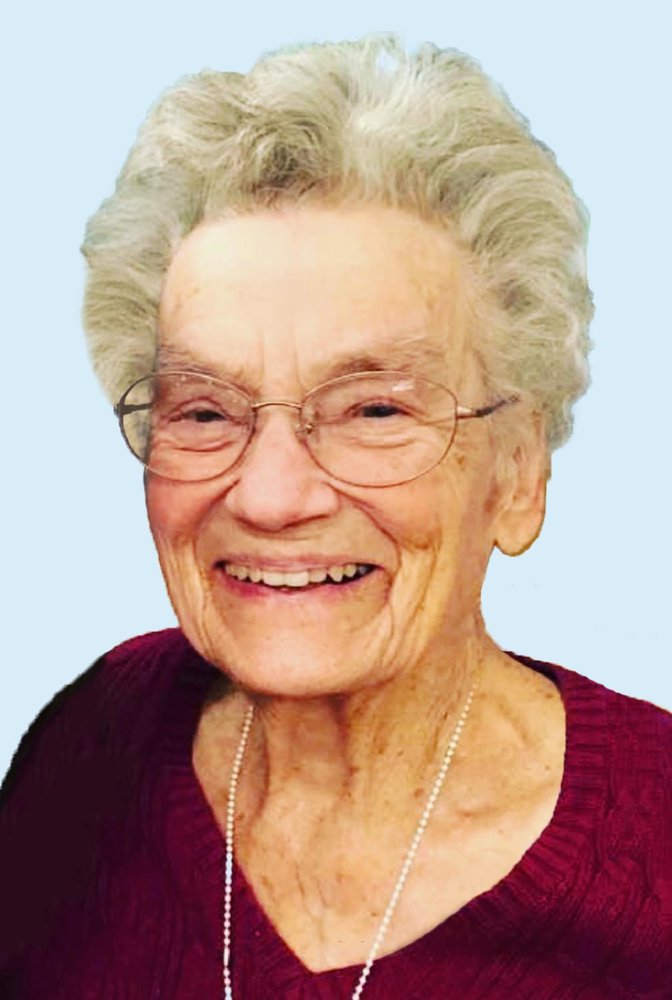 Donna Viorene Moldenhauer, age 94, passed away Monday, February 26, 2018 in Ferndale, WA. Donna was born in Hoquiam, WA on April 4, 1923 to parents James and Mary (Perry) Meservey. She and her siblings were raised on the family’s farm on the Humptulips River. She talked often about her extended family and how they had “cousins by the dozens” who visited frequently. Donna graduated from Hoquiam High School in 1941 and shortly after moved to Bremerton where she worked at the Puget Sound Naval Shipyard. There she met George Moldenhauer and they were married in 1944.

After WWII they settled on the Pole Road near Ferndale, WA and began a dairy farm which they kept for over 30 years. In the early years they expanded the farm and raised 3 children: Janet, Rebecca and Mark. Donna was a member of the Country Cousins club, Eastern Star and enjoyed sewing, quilting, gardening, and a lifelong correspondence with numerous family and friends. Her family talks about the fresh-baked cookies she always had for visitors and how she loved baking with her grandchildren. She and George enjoyed wintering in Yuma, Arizona for many years and their annual fishing trips to British Columbia. She was the family historian and the source for phone numbers and addresses of all her relatives and friends. She will be greatly missed by all of her family who loved her dearly.

Donna will be laid to rest with George at Woodlawn Cemetery. Friends and family are invited to share memories of Donna at a celebration of her life. This will be held on April 7, 2018, 2:00 p.m. at daughter Becky’s home – 1851 W. 75th Ln. Ferndale, WA.