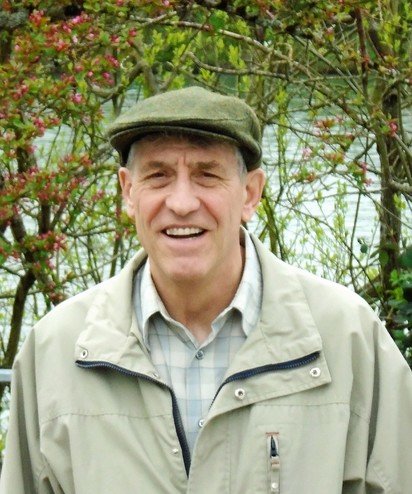 Denis Pecharko passed away peacefully at his home in Bellingham, WA, on February 13, 2019. Beloved husband and father, he entered the Church Triumphant following a two-year struggle with ALS (Lou Gehrig’s disease). Denis was born to Albert and Margaret Pecharko on May 15, 1957, in Cleveland, OH. He graduated from Collinwood High School in Cleveland. He served in the Navy from 1976 to 1980 and was honorably discharged. While he was stationed in Long Beach, CA, he met his future wife, Melissa. They were engaged two weeks after they met and married six months later. Their only child, Mike, was born in 1984. They lived in Torrance, CA, and surrounding areas.

In 2004, the family relocated to Bellingham. Denis spent his entire career working in Heating and Air Conditioning, most recently at Barron Heating. He was a faithful and active member of Cornwall Church. He loved to lend a helping hand to friends and neighbors. He was known for his big smile and warped sense of humor. He enjoyed traveling with Melissa (and Mike when he was younger). He visited 37 states in the U.S. and especially enjoyed four trips to Ireland. His interests were listening to U2 music; walking and enjoying nature; canning and cooking; NASCAR; and spending time with family and friends.

He was preceded in death by his parents, stepmother Emma, and extended family. He will be greatly missed by his wife Melissa; son Mike; brother Michael (Michelle) Pecharko; step-sister, Linda (Frank) Ortolani and family; by his aunts, uncles and cousins; and by friends.

Thanks to all the people who have come alongside Denis in his final season, especially our church family at Cornwall, the ALS Clinic at VA Puget Sound; ALS Association, Evergreen Chapter; Whatcom Hospice and Visiting Angels.

There will be a memorial service on Thursday, Feb. 21, at 1 pm at Cornwall Church, 4518 Northwest Dr., Bellingham.