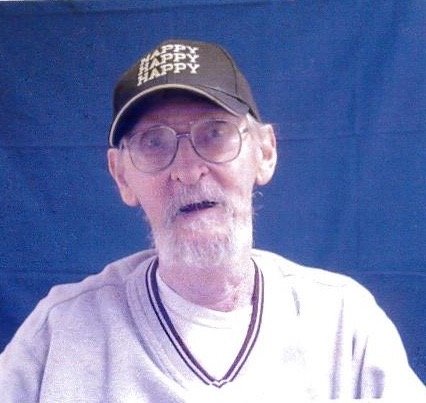 Our beloved father, David James Reed “Smokey” went to be with the Lord Jesus Christ, and his loving wife Jacquelyn Reed on August 8, 2015 in Lynden, WA with his family by his side. David was born on May 11, 1934 in Lorain, OH to Ernest and Ruth Reed. As David grew into a young man, he met the love of his life, Jacquelyn Hall. Together they started an adventure. David eventually joined the Navy and served his country proudly for 21 years of active duty and 10 years inactive. After retiring from the Navy in 1971, David and Jacq moved their family to Whatcom County. David became the custodian at Meridian High School and years later Meridian Primary School, from where he retired to live his life to it’s fullest. Over the years David has brought a lot of Love and Joy to everyone he met. Although he had only 5 kids, he was known as “Dad” to many. David will be greatly missed by all who loved him. David was preceded in death by Jacquelyn, his wife of 59 years, his parents, and many in-laws. He is survived by his children; Mickey (Conrad) Penning, Edward (Sue) Reed, Alex (Jill) Reed, Olive (Randy) Carlson, Kimberlee (Tyler) Custer, 11 grandkids, 20 great-grandkids, and 2 great-grandkids on the way. He also leaves behind very special friends Kristine (aka Dorothy) Hicks, Alma Antonio, and Mary Ann, who took great care and loved him as their own for the last 2 years, along with many friends at CHCC. The family would like to thank ChCC for all the love, support, and care they gave “Daddy” and to Whatcom Hospice for their support in “Daddy’s” last days. A Memorial Service will be held on Saturday, August 15, 11:00am at Greenacres Memorial Park in Ferndale. In lieu of flowers, donations can be made to CHCC and Whatcom Hospice. “We all love you so much Daddy!” RIP xo xo xo xo xo