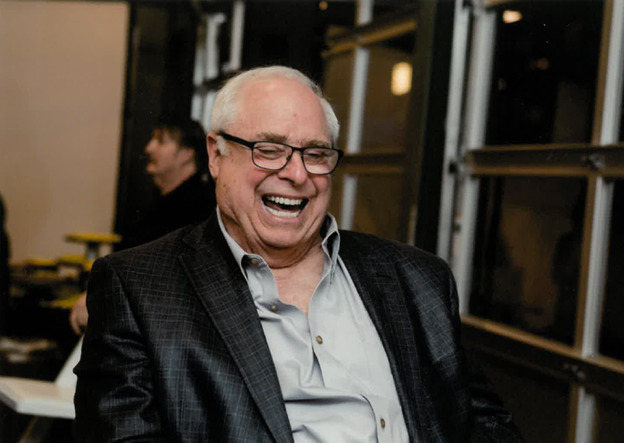 David Goddard, a man with a sly sense of humor and an infectious laugh, was born on March 13, 1942, in Swedish Hospital in Seattle. He graduated from Seattle’s Roosevelt High School and then headed to the University of Washington, where he studied literature, both contemporary and classical. Before he could graduate, he was drafted into the U.S. Army and served his country in the war in Vietnam. He managed to stay out of harm’s way and was honorably discharged in 1966.
David graduated from UW in 1968 and eventually became involved in the real estate title insurance industry. Once he started down that path, he never stopped. He worked in various capacities in several title companies, both in Seattle and in eastern Washington, but eventually moved back to Bellingham, where he became manager of the local Safeco Title Company office. In 1982, David and an investor bought the assets of the local Transamerica Title Company office and established Whatcom Land Title Company as an independent title and escrow company in Bellingham. Later, Colleen Baldwin joined him in ownership of the business, and David’s future in the industry was assured.
David was well read, and accumulated books on history, philosophy, medicine, travel and more. He loved music of all sorts, played jazz recordings on his stereo, and often attended concerts of the Vancouver Symphony Orchestra. He also collected rare automobiles and kept a running journal of the thoughts on life that came to him periodically.
David’s ebullient personality attracted an eclectic network of friends over the years, and David spent much of his quality time in their company. His friends and co-workers became accustomed to overhearing comments from him that were uniquely his own. When someone asked David how he was doing, he would often respond, “Better, now that I’ve seen you!” which invariably brought a smile in reply. When in the restroom with a few of his male co-workers, David would quip “this is the only place I truly know what I’m doing.” And there were more of these, some more suitable for public consumption than others, but they all brought laughter and comfort to many good people over the years.
While his mind remained agile, he began to have trouble walking and was eventually diagnosed with Parkinson’s disease. Fortunately, he received good medical care; with proper medication and a powerful will to modify his lifestyle, David was able to continue to enjoy his life even as his disease progressed. He knew that time remaining for him to travel was limited, so he embarked upon a series of vacations to places that had always intrigued him. During this period, he was also fortunate to get to know Christine Schumak; she became him companion on many of those journeys and remained a comforting presence in his life until the end. David died in Whatcom Hospice House on February 5, 2022. He is survived by his daughter, Jessica, her husband Tony, and grandchildren Sierra, Whitney, and Michael.
A friend of his recently remarked, accurately, that it’s hard to imagine a world without David Goddard; but here we are. A celebration of David’s life will occur when the pandemic’s presence has diminished. In lieu of flowers, donations to Whatcom Hospice Foundation are welcomed.