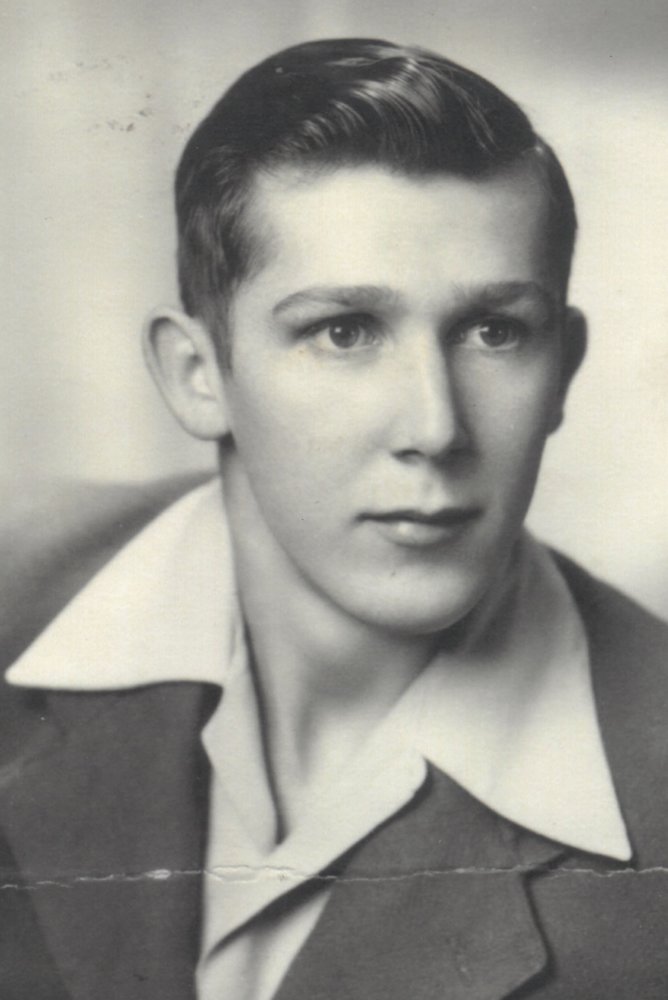 Daniel Walters Rosser passed away peacefully on October 17, 2018. He was born on January 23rd, 1927 to mother Stella Rosser and father Jay Rosser. He is survived by four children Dana Knowlton, Celia Fischer, John Rosser, and Susan Julius. His daughter Catherine Pritchett passed away in 2012. In addition, he leaves behind 11 grandchildren and 10 great grandkids. The mother of his children, Patricia Rosser, passed away in 2017. His current spouse, Dorothy Rosser, survives him.

Dan was born and raised in Whatcom County. He attended Rome Elementary and Harmony Elementary through 8th grade. He was a graduate of Mt. Baker’s class of 1946 where his future wife Patricia also attended and graduated from in 1946 as well. Dan played on the basketball team, ran track, and played Cornet in the marching band. He was a very good athlete that he continued to play basketball at Western after Mt. Baker.

He was raised on a farm during the depression. Those years left an enduring impression on who he was as a person. Dedicated to working hard throughout his life and expecting no less from others around him, he became a natural leader of other men. Always committed to working with his hands, he was destined to become a carpenter. He lived and breathed the profession. He had his own construction company for a time period and worked for Eldred and Essex construction for many years after that.

He built the home that he raised his family in. He was passionate about working on the house to resolve problems himself at all costs. He was truly an original at coming up with creative engineering solutions to fix things in ways that nobody else could possibly imagine. He loved working in the garden and bringing his own home grown products to the kitchen where he often finished off making things with them himself.

During his life he maintained an active lifestyle. Besides the physical demands of work he continued his passions towards participating in competitive Volleyball into his 50s, swimming and boating on lake Whatcom where his home was. He traveled to Alaska for many years where he worked as a commercial fisherman. During those rare moments when he sat down you would probably find him watching a game or commenting about current events or politics where he was truly engaged.

He had novel ideas about economics, politics, and social issues. Truly someone who had strong views and opinions. He enjoyed lively and controversial topics with others as he loved the act of the debate. Everything he did was done with a lot of energy and a lot of heart whether you shared his opinions or not.

Later in life he spent time living in Arizona, Idaho, and continued to maintain time living in his hometown of Bellingham as well. Always ready for an adventure he spent a lot of time in Hawaii and traveled to Australia in his retirement. But, he never truly retired. You could always expect him to be working on something as that was his profession as well as his hobby.

He will truly be missed by his family and all those people he influenced over the years. He leaves an impression that will be eternal.

A memorial service will be held on Saturday, Jan. 26 at 2:00 PM at the Garden Street United Methodist Church, Bellingham, WA.