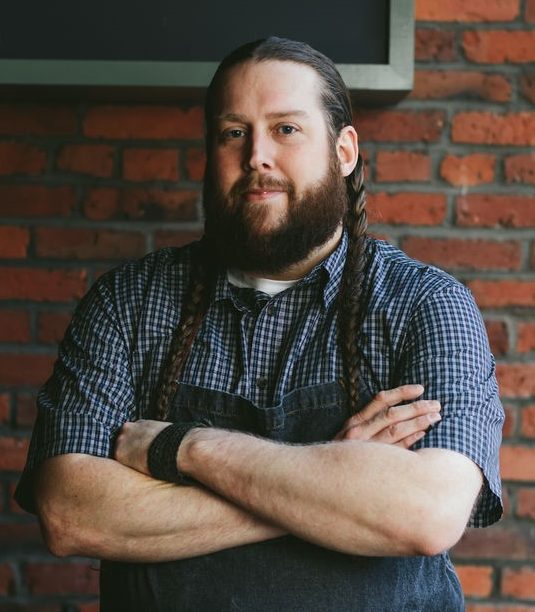 Daniel Taylor Matthiesen passed away unexpectedly on March 4, 2020. He was 39.

Dan was a loving son, brother, uncle, and grandson who will be greatly missed by his family.

A graduate of Nooksack Valley High School, Dan was a natural athlete who loved to play basketball and baseball. Sports were a big part of his childhood as his dad was a coach and loved to share this interest with his children. Following high school, Dan began working at a local restaurant where his love of cooking began. A self-made chef who, after starting his career in Whatcom County, moved on to many notable restaurants in Seattle including Lloyd Martin and most recently as the Executive Chef at the Alexis Hotel Bookstore Bar and Restaurant.

Unabashedly a food snob, he was a believer in using only the freshest local products. Pork was his trademark dish at family gatherings.  To his delight, his niece Isabelle would brag about “Uncle Dan’s pork.”  He loved making fresh pasta. Gnocchi was a specialty of his and although he tried to teach others to make it, it was always Dan who made it best. Cooking good food was his passion but he also loved hanging out with his family camping, boating, fishing, and crabbing. Following these adventures, he would take the fruits of his labor and turn them into a feast.

He was unafraid to speak his mind. Always up for conversations about food, politics, and life, he did not hesitate to share his strong opinions with friends, family, and colleagues. These conversations he often thought best shared over a beer and/or a shot of tequila.

He was fiercely loyal and protective of the people closest to him. His big bear hugs made you feel really loved.  Dan believed in a team approach to his work, which he attributed to his sports background and learning about teamwork from his dad. According to Dan, “it’s always a team effort and you have to be on point to make everything run.”

Because of public health worries, we would appreciate your patience and would like to invite any friends or family to a memorial to be set at a later date.