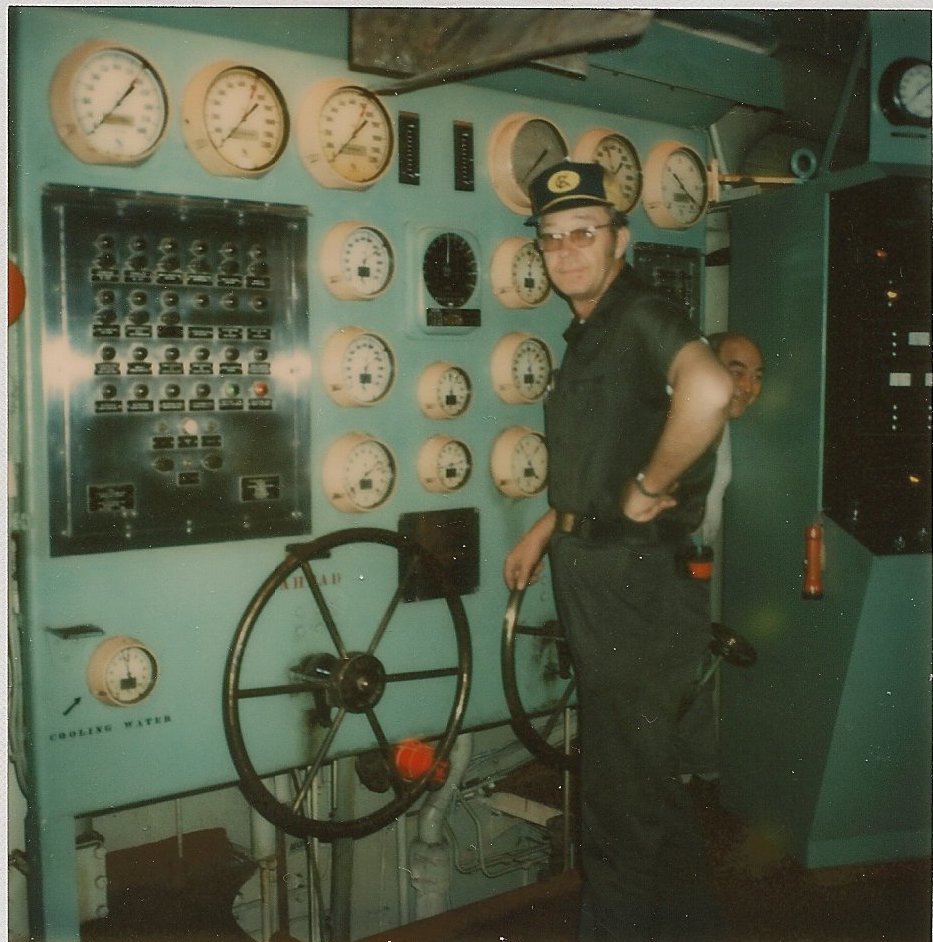 On the afternoon of September 29, 2015 Dan McGrew passed away with members of his loving family near including his wife of 63-years, Doris McGrew. Before passing, his 5-year old great-granddaughter, Ireland McGrew, gave him a card and leaned in to let him know he would always be in her heart.

Dan McGrew was born at University Hospital in Oklahoma City, Oklahoma on November 23, 1925 to Van Buren McGrew and Nora McGrew. He was the fourth of ten children. Several times the family would relocate within Oklahoma during Dan’s childhood; he would call Edmond, Stillwell, and Webb City home at various times.

At the age of twelve Dan began to take work farming during the hot summer months. It was then that he first learned how to drive a crop tractor and a car, how to plow a field, how to run a seeder and cultivator, and to grow and harvest crops such as cotton and wheat. For his efforts he earned fifty cents a week along with room and board. From the age of 12 to 17 he would work all over the state of Oklahoma including the panhandle, the Arkansas boarder, and the Red River Valley. He travelled primarily by hitchhiking.

Dan’s father, Van Buren, worked as a pipefitter and plumber in the nearby oilfields and Nora was employed as a school teacher. Times were tough however. Oklahoma in the 1930s was home to the Dust Bowl disaster and rapidly became a grim place to live as the Great Depression wore on. The family would eventually move to the Los Angeles, California area in 1942 when Dan was 17-years old.

Upon relocation to Los Angeles, Dan, a year shy of his 18th birthday, decided to join the United States Merchant Marines. During his early years with the USMM, Dan served aboard a wide range of ships such as tankers and liberty ships supporting the United States in the Pacific Theatre of World War Two. Much of his pay was sent home to his parents to help support them and his brothers and sisters. Upon the surrender of Imperial Japan, Dan continued with the USMM in what would turn out to be a nearly 38-year career at sea.

In 1951 Dan began work with the Keystone Shipping Company. His first duty with the company was as the Third Assistant Engineer aboard the 10,500-ton, 504-ft long S.S. Bunker Hill. Overall he would serve on at least 13-different Keystone operated vessels over the course of 28-years with the company with nearly half of those years of service functioning as the Chief Engineer. His final station as Chief Engineer was in early 1980 aboard the S.S. Kenai, a 100,000-ton tanker; the Kenai was a far, far cry from the crop tractors of his youth.

Though rising from the dusty windblown farms of Oklahoma to the station of Chief Engineer is in itself an impressive feat easily his greatest accomplishment is the family he raised with his wife Doris. He met Doris Lucia Rael in December 1951 on a blind date set up by his sister, Peggy. The two would be married soon thereafter in the whirlwind of whirlwinds. Their marriage took place at four A.M. in a jail house in Mesa, Arizona but only after a somewhat annoyed Justice of the Peace was roused out of bed to officiate the wedding; the Justice was reported to be just half-awake during the ceremony but he managed to get their names right. With the marriage to Doris, Dan had an instant family as Doris was already mother to two young children, Lucia Baca and Douglas Baca. The family grew when, a little more than a year after Dan and Doris were married, Dennis V. McGrew was born to the two with Dan P. McGrew arriving a couple years after that.

Dan would take his family up and down the west coast as his job required. Years were spent near various home ports in California but between 1959 and 1974 the family resided in Anacortes, Washington before returning to California. Upon retirement, Dan and Doris would reside for a time in Sun City, CA before moving to Bellingham, WA in 1984 to be near their grandchildren. Living just a couple of blocks away from his grandchildren, Dan and Doris were able to take the children of Dennis and his wife Shannon (Justin, Marlys, and Nathan) fishing. These fishing expeditions often began at the unfathomable hour of four A.M., the same hour the Justice of the Peace was roused in Mesa, AZ to officiate over his wedding to Doris. It is suspected that Dan McGrew had an affinity for the four o’clock hour, be it A.M. or P.M., because to Dan four P.M. was popularly known as “martini time!”

Dan was always there, tremendously happy and proud, to watch his grandchildren grow up. He was at all their birthdays, graduations, and many of their sporting events (he took a picture of Justin hitting his first homerun). Holidays such as Christmas and Thanksgiving were often held at the home that Dan and Doris shared. His eyes twinkled with silent joy as he watched his grandchildren rip open their wrapped presents each Christmas morning.

He will be missed at family gatherings as time moves forward but his strong voice and laughter will forever echo in the memories of those who love him.
Surviving Dan McGrew is his wife of more than 63-year, Doris L. McGrew, their children Dennis and his wife Shannon, Dan, Lucia and husband Bob, and Douglas. The surviving brothers and sisters of Dan are Michael McGrew, Connie Runyon, Virginia Cantarini, and Peggy Pavich. Dan’s grandchildren include Justin McGrew, Marlys McGrew Turtzo, Nathan McGrew, and Adam Williams. Dan McGrew was a loving great-grandfather to six; Gabriel, Madiline, Elizabeth, Ireland, Van, Leo. Dan is also survived by numerous nephews and nieces.
The family would like to thank Hospice and especially Peg Rogers for their kindness, care, and professionalism.