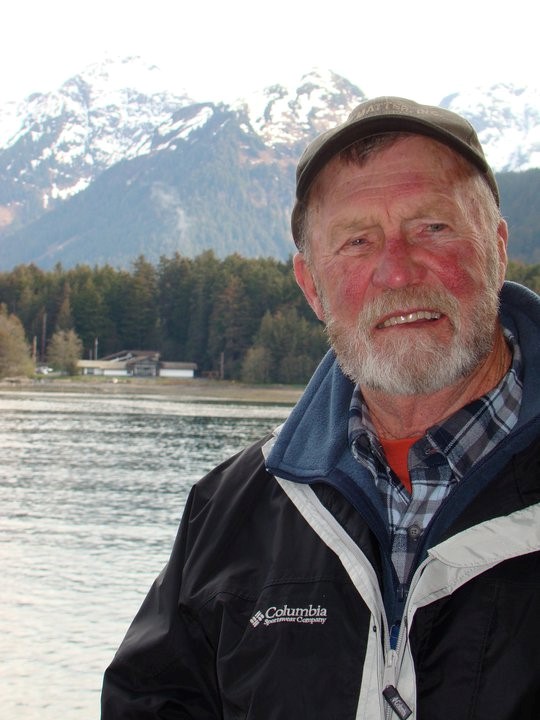 Dale Allen Christofferson passed away in peace, with his family by his side, on October 1, 2019.

Dale was born on the day after Christmas, in 1932, to Casper and Leone Christofferson in Bellingham, Washington. He graduated from Ferndale High School, then proudly served in the U.S. Air Force. After completing his service and spending a few months in California as a young man, working odd jobs and listening to Johnny Cash, Dale returned to the Northwest and finished his schooling at WWU. It was here that he fell in love with LeeEllen Pedersen, whom he married in 1958. The young couple made quick work of buying their home in Bellingham and starting a family.

Dale started his professional career as a schoolteacher, but he was a jack-of-all-trades sort of man, with an iron-clad work ethic, who found more enjoyment in contracting, land development, trucking, fishing and farming. He was mechanically-minded, the tinkering type and the kind of guy with the tools and equipment for every job.

Even in “retirement” Dale kept busy, caring for his many pets and farm animals and helping those in his community accomplish their dreams. He was easy to spot driving the roads of Whatcom County, in his old Dodge truck with the cab lights, invariably on his way to lend a hand, lend a tool, and lend his expertise to some family, friend or neighbor, with whatever project they had going.

While a true county-man at heart, Dale also loved traveling and had visited several countries including Australia, New Zealand, Italy, India and China. He lived eighty-six solid years of integrity and purpose, and his handsome smile and gentle blue eyes will be fiercely missed by those that had the honor of knowing and loving him.

He is preceded in death by his infant son, his daughter Karen Lewis and her husband Rittner Lewis, and his grandson Nathan Christofferson.

Celebration of Life will be held on Friday, October 11th at 11:00 am at Moles Farewell Tributes- Bellingham (2465 Lakeway Drive).  Casual attire.

In lieu of flowers, donations may be made to Hospice or a charity of your choice.