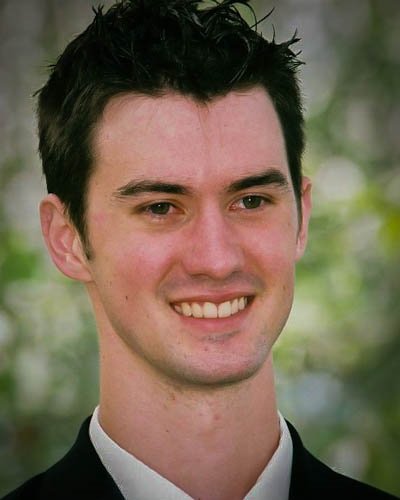 Conor was born in Ventura, California on February 2nd, 1983. He was the son of Dawn Kathleen and Greg O’Faolain. Over the years, Conor grew tall and strong, moving with his grandparents, mother and sister Caitlin from Ventura, CA to Victoria, B.C. before finally settling in Lynden, WA. When he was 14, he was enrolled at Lynden Christian School with Caitlin, where he established numerous friendships with students and teachers that he held very dear. Conor’s years of growing up were infused with love, laughter and animals. His mother Dawn passed down to Conor the greatest gifts of faith, humility, integrity and the love of caring for others. After graduating from high school, Conor attended Trinity Western University (TWU) in Langley, B.C. and majored in Christianity and Culture. It was there that he met the love of his life, the beautiful Laura Howie. Conor was a loving husband who delighted in showing Laura his devotion and affection for her. Only 5 weeks after their marriage in 2006, Conor was diagnosed with a malignant brain tumor. After a rescue operation locally and a very grim prognosis, he subsequently had two brain surgeries performed by the incredibly skilled surgeon Dr. Linda Liau at the UCLA Medical Center in Los Angeles. Dr. Liau’s gifted hands provided Conor many more years of life in which he was able to complete his teaching degree at TWU, establish himself as a much loved science teacher at Evergreen Christian School in Bellingham and pursue his passions for cycling, reading, hiking and traveling. Conor’s bountiful love of learning and teaching was poured out to the students of Evergreen Christian and the youth groups that he led over the years. Conor and Laura lived life to the fullest supported by their friends and family; he blessed them all with his engaging sense of humor. Conor was preceded in death by his grandparents, William and Alma Thorpe and Joseph and Bertie Whelan, and he is survived by his wife Laura Thorpe of Lynden, WA, mother, Dawn Thorpe and sister, Caitlin Thorpe of Lynden, WA, father, Greg O’Faolain of Palmdale, California, parents in law, Dave and Lenore Howie of White Rock, B.C., sister and brother in law Megan and Josh Thiessen of Langley, B.C., Great Aunt Margo Thorpe of Lynden, WA, Great Uncle George and Great Aunt Peggy of Gaithersberg, MD, Uncle Perry and Aunt Megan Stanfield of Lynden, WA and cousins, Dylan and wife Sara Stanfield of Roanoke, VA, Dane and Christina Stanfield of Lynden, WA, Uncle Liam Thorpe of Oklahoma City, OK and Aunt Abbie Thorpe and cousins Liam James Thorpe of Camarillo, CA and Maddie Thorpe of Washington D.C. Conor has many cousins, aunts and uncles in Ireland and Canada that he cherished very dearly. A celebration of Conor’s life will be held at Sonlight Community Christian Reformed Church in Lynden, WA on Friday, October 24th at 11:00 a.m. In lieu of flowers, donations can be made to Evergreen Christian School’s tuition scholarship program.