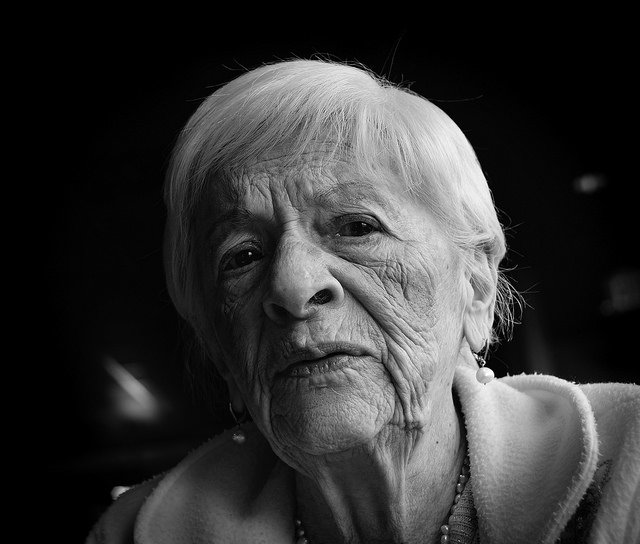 Claudia Libia Dixey passed on February 20, 2019 into the next life, where she will be reunited with her great love, James Dixey. Preceded in death by her great granddaughter Megan, she leaves behind four sons (Jim, Alan, Steven and Kevin) and their wives (Brenda, Becky, Maria and Jennifer), seven grandchildren (Erin, Michele, Aimee, Steven, Michael, Sarah and Julian) and five great grandchildren (Brittany, Victoria, Bennett, Quinton and Violet) with a sixth on the way.

From a very young age she rejected being called Claudia and decided she would be known as Libia forever more. It was this independent streak that would define her life, and leave a lasting impression on everyone that knew her. She lived her life the way she wanted and nothing you could say was going to convince her otherwise. This, combined with her bottomless reservoir of charm and a willingness to take on all comers, meant she filled up her ninety-seven years with as much life as it could hold and then some.

She grew up the youngest of twelve in a prominent Panamanian family that was, as she was fond of saying “filled with doctors and lawyers”. She was a tomboy; doted on by her older brothers and sisters, she grew up riding a horse and shooting a rifle. At the age of nineteen, she met a handsome young soldier, James, who would become the love of her life and her constant companion — traveling the world together, and making homes in Panama, Venezuela, and Florida before eventually retiring to the California sunshine.

In her near century of life, Libia Dixey met Pope Pius XII at the Vatican, strolled the Champs-Élysées, climbed a pyramid in the Yucatan with Princess Grace, and spent time with her husband and family everywhere from Damascus to Hong Kong. She was endlessly curious and possessed a desire to know about everything from ancient Rome to UFO’s in the sky.

Libia was a woman of great faith in her family and in God above. As a life-long Catholic, she was devoted to Mary and made several trips to Fatima in service of her faith.

Libia passed in much the same way as she lived. She spent her final hours laughing and flirting with the doctors, telling stories about her life and her sons, and holding the hands of her family. She reminds us all to live our lives just as fully — embrace every moment — in preparation for the adventure that lies ahead.

Libia was cremated on the the last day of February, and her ashes along with those of her beloved James, will be taken to Panama to be laid to rest.