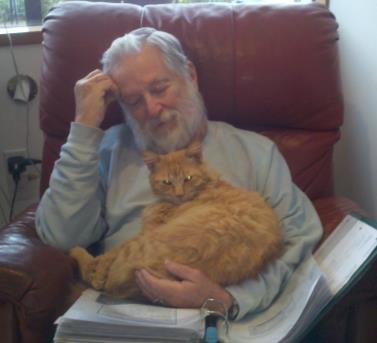 Chuck was born April 8, 1939 in Kenton Ohio to Charles “Gordon” and Martha Keiper. The family lived in Dunkirk, Ohio. He attended Western Reserve Academy in Hudson, Ohio for high school. He did his undergraduate studies at The College of Wooster in Ohio and graduate studies at Lehigh University in Bethlehem PA.

Chuck worked as an experimental psychologist at Honeywell Aerospace, University of Minnesota, and National Traffic Safety Administration. At NTSA, he conducted research on the effect of marijuana on driving behavior. He also was a gatekeeper/overseer for Traffic Safety grants given by the Federal Government to the States.

He met his wife Joan in Minneapolis, Mn. and they married in 1968. They had one son – Scott Gordon Keiper.

Chuck was always looking for the next adventure. He was a hiker and spelunker during his college years, piloted a hot air balloon, was a National Beer Judge, and a HAM radio operator. Lately, Chuck focused his HAM radio communications skills on Emergency Preparedness. He set up HAM communications and the MURS radio network on Lummi Island, and volunteered at the Whatcom United Emergency Operations Center in Bellingham.

A little known tibit about Chuck- He qualified to be member of MENSA International..

He died on December 3, 2017 after several months of illness. Chuck is survived by his wife Joan of Lummi Island and son Scott of West Seattle.