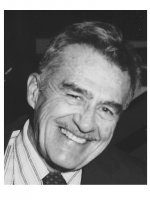 Charles Franklin Hudson, Jr., known to many as Frank, passed away on July 22, 2013, at the age of 90. His brave heart had carried him through a full life and let him go peacefully in the early morning as he slept. He is survived by: his wife Sally (Sara Bloom Hudson), his son Chip (Charles F. Hudson III) and spouse Angela Van Patten of Portland, Oregon; his daughters Jean (Jean L. Hudson) of Milwaukee, Wisconsin, and Char (Charlotte B. Hart) and spouse Chris Hart of Bellingham, Washington, as well as grandchildren Shelby Hart, Amelia Hudson, Madison Hart, Caroline Hudson, and Lily Hudson.

Frank Hudson was born in state of Washington in 1922 and returned there with his wife and youngest daughter, Char, upon his retirement from government service. As a child Frank traveled more than most, spending time as a toddler in China with his parents, U.S. Navy Commander Charles F. Hudson, Sr. and Charlotte Rita Hudson (Hamilton), and later with his younger brother Jack (John A. Hudson). The family moved between assignments in Asia and the United States, including time at the Philadelphia Naval Shipyard and the San Diego Naval Base. When Frank was 14 the family moved from San Diego to Clearfield County, Pennsylvania, where his father had been raised. The move to Clearfield came at the start of Franks high school years, when his father retired and the family took up farm life. It was during his Curwensville High School days that Frank played on the football, basketball, wrestling and boxing teams, and first met his future wife, Sally Bloom.

College days studying botany at the University of Pennsylvania were interrupted when Frank enlisted in the U.S. Army following the outbreak of World War II. After basic training, Frank was assigned to the Army Corps of Engineers, selected for parachute training and Officer Candidate School, and finally for the Office of Strategic Services. Franks military service took him back to Asia, where he saw combat with the OSS in the China-Burma-India Theater, helping to train Chinese units and participating in reconnaissance missions and commando raids. Following the war, Frank left the Army as a First Lieutenant, returning to his university studies and completing a Masters in Botany at the University of Hawaii, Honolulu.

In Hawaii, Frank was reunited with Sally Bloom and the two married in 1950; their deep mutual devotion over the years has been a great gift not only to each other but to their children and grandchildren. Frank and Sally celebrated their 62nd anniversary in 2012. After their marriage they moved to Ann Arbor, Michigan where Frank continued graduate work in Botany until the opportunity to join the Central Intelligence Agency led Frank to move his family to Virginia. Their son, Chip, was born in 1953. Their daughter Jean followed in 1956. Three years later Frank took an overseas assignment in Taiwan, bringing his young family with him. In 1961 their daughter Charlotte was born and in 1963 Frank and his family returned to Asia for a tour of duty in Vietnam. In 1966, the family returned to Virginia, where Frank continued his career with the federal government until his retirement.

Frank retired to Friday Harbor, Washington with his wife Sally and youngest daughter Char in 1975. He enjoyed boating and spent many years in the Friday Harbor Power Squadron, teaching navigation, organizing boating events, and serving as squadron Commander. He also enjoyed tennis and helped to organize games as a member of the San Juan Tennis Club. After their youngest daughter went off to college, Frank and Sally took time to vacation in Europe, to ski with friends in Oregon, to travel by train across Canada, and to go on cruises to the Caribbean, the Panama Canal, and Alaska. As their children became adults and built families of their own, Frank and Sally remained the hub of family life and the home to which all returned at holidays.

Frank had a full and valuable life and will be much missed. He was a brave soldier, a life-long scholar, a loving son, brother, husband, father, and grandfather, and a man of honor, loyalty, integrity, and humor.

The family would like to thank the following individuals and organizations for their care and support of Frank; Lynn Wilson (of Friday Harbor), Dr. Gossom and staff (also of Friday Harbor), the staff at both Emeritus and Summit Assisted Living (Bellingham) and Hospice of Whatcom County. Your involvement in all of our lives made the journey a bit easier.

There will be a private family service. Interment will be at Arlington National Cemetery with full military honors. Donations Information

In lieu of flowers, donations in Franks name may be made to Whatcom Hospice Foundation, 800 East Chestnut, Suite 1 A, Bellingham, WA 98225.