Carol Ann (Gaddis) Doerksen was born to Orville and Ruth Nell Gaddis on February 13, 1955 in Birmingham, AL. She was raised in the nearby town of Gadsden, AL. Carol had God fearing parents. When she was in high school, she became involved with a new high school ministry sponsored by Campus Crusade for Christ (now CRU). It was at this time that she began her personal relationship with Jesus-Christ. While attending the University of Alabama, Carol continued her involvement with CRU. She learned how to share her faith and disciple others. Carol was able to go on a mission trip to Eastern Europe as a student. This gave her a taste for working in an international ministry.

After graduation from the University of Alabama as an English major. Carol came on staff with CRU. Her initial assignments were in the States. She was on a team in New Orleans that worked on the campus of Tulane University. Her next assignment took her to the University of South Carolina. The next stop in her missionary journey was Budapest, Hungary. This was initially a temporary assignment, but Carol decided to commit long term and so returned to the States for overseas training with CRU in South Central Los Angeles in the fall of 1985.

It was at this training that she crossed paths with a rather eccentric looking fellow American, Ron Doerksen. Ron was also heading back overseas after having discovered CRU while living in Germany. He was preparing to join the French national team.

They started dating while at the training and both moved back to Europe in the next year. Carol returned to Budapest and Ron moved to Paris, France. In the summer of 1986, they were engaged in Budapest and were married the following year in Gadsden, AL on April 11, 1987.

During their time in Europe their work with CRU took Carol and Ron to a number of places. Paris, Lyon, Langgöns Germany, Dijon and back to Paris. Their 2 children, Josh and Lauren, were both miracle babies that came into the family as a direct answer to prayer. Joshua Daniel joined the family in 1993. Lauren Grace Gayane joined the family in 2001 by way of adoption from Armenia.

In 2004 Carol and the family moved back to the States. They spent 1 year at CRU headquarters in Orlando and then moved to Abbotsford, BC to work with the Canadian national office. Ron left staff at this time and Carol took over his job with the Canadian team. The next stop was a move across the border in the summer of 2007 to the farming town of Lynden WA where they lived for 12 years. The last move took them to Bellingham WA.

Carol spent much of her time directing the French online mentor center. French speaking people from around the world wrote into the mentor center with a multitude of questions and difficulties. Carol and her team spent long hours ministering to the folks some of whom were at the point of taking their lives. Carol often shared testimonies from the mentor center in her prayer letter. She was a gifted listener and had a heart of compassion. She took her work very seriously. Carol and Ron had an awesome team of prayer and financial partners who continued on with Carol after Ron left staff. They made her work possible.

Over the years both Carol and Ron evolved in their faith to believe that healing and deliverance were part of what the death and resurrection of Jesus provided in the Atonement. In her 2-year bout with illness Carol had her eyes fixed on Jesus, who healed all who came to Him. Someone asked her what it would mean if she didn’t make it. This is what Carol wrote.

“If I were to not get healed in this life, it wouldn’t change what I believe and I would want my family to keep on believing and trusting God.  I would just say maybe that my understanding of how that works is somehow incomplete but I still believe that healing is God’s will.”

Carol went to be with Jesus on August 23, 2021. She is preceded in death by her parents, Orville and Ruth Nell Gaddis. She is survived by her husband Ron Doerksen, her children Joshua Doerksen, Lauren Cruz nee Doerksen (Victor), brother Greg Gaddis (Ruthie), nephew Brad Gaddis (Sapna), niece Jenna Bailey (Christopher).

A Celebration of Life service will be held on Saturday, October 2nd at 2:00 pm at New Song Church, 4600 Guide Meridian, Bellingham, WA 98226. The service will be live streamed at the same time. You may view it by following this link. bit.ly/nsconline

In lieu of flowers please make a donation to the ministry of Carole Amico who was a colleague of Carol. Carole Amico is from French speaking Africa and was in charge of the ministry team that Carol was a part of. They were very good friends and Carole Amico was faithful in praying for her dear friend and colleague. When filling out the donation information form for her please make sure to put information in all fields marked with an * asterisk so that your donation can be processed. If you hit Continue and nothing happens this is likely the reason why. Thank you. 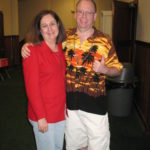 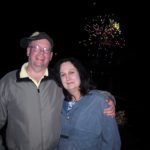 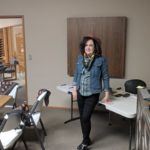 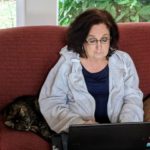 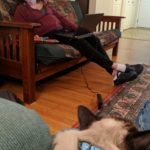 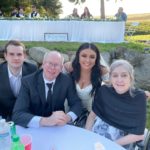 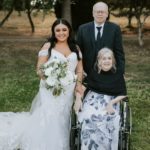