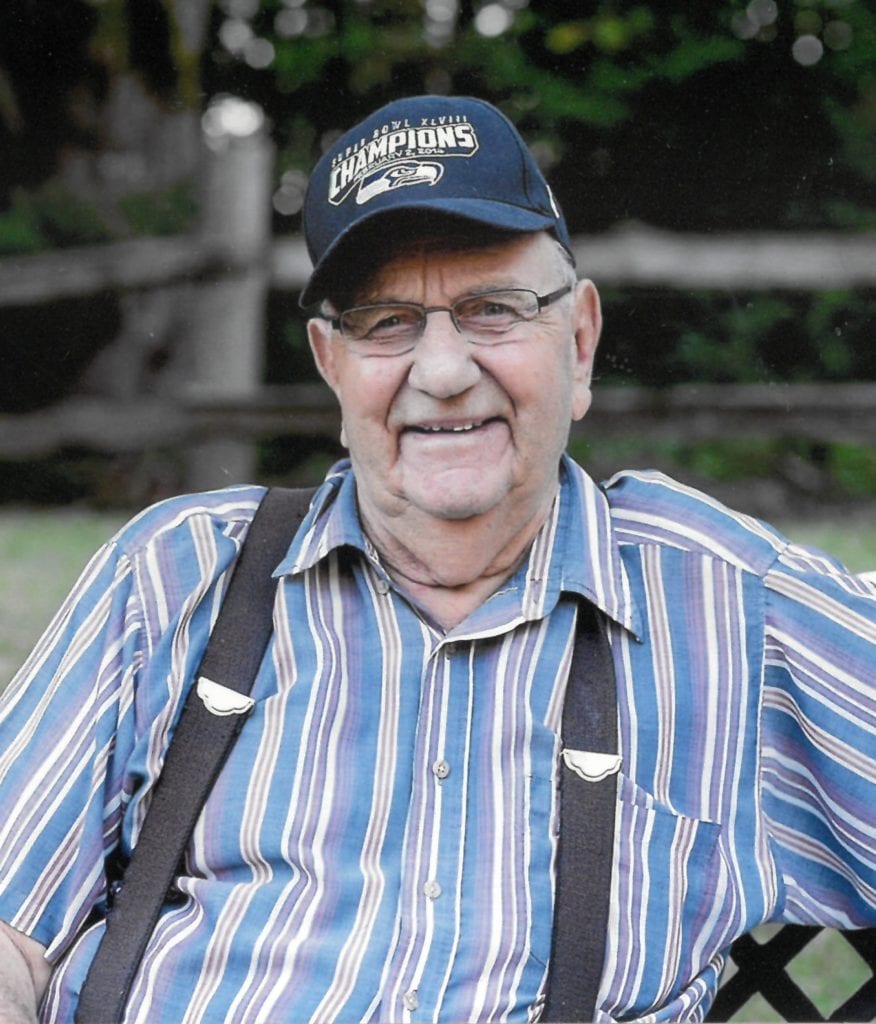 A lifelong resident of Whatcom County, Bill was born in Custer, WA in 1924 to James and Clara Vander Yacht. He graduated from Mt. Baker High School in 1942. He had 5 siblings, which all passed away before him. Bill met the love of his life, Carol (Zwick) Vander Yacht while they both lived on the Mosquito Lake Rd in Deming, WA. They were married in July 1947 and raised 4 children: Kathy (Denny) Hillard, Bill (Debbie) Vander Yacht, Susie (Gerald) O’Connor, and Bob (Janine) Vander Yacht.

Bill was a jack of all trades: farming, mill working, refinery work, logging, deliveryman, carpentry, and most notably co-owner of the iconic Carol’s Coffee Cup in Deming, WA. Bill and Carol bought a little pink and white striped drive-in in 1974 and turned it into a thriving business that served people from literally all over the world. Bill and Carol retired after building up a legendary following at “The Cup.” He spent his time in retirement golfing with Carol and his buddies, fishing, traveling to Eastern WA in their RV, going to Reno occasionally, and maintaining the homestead on the Mt. Baker Hwy. He loved playing cards and watching his beloved Mariners and Seahawks. Picnics at the family pond were a particular delight to him. Family was the most important thing in his life. He also enjoyed spending time with his church family from Immanuel Lutheran.

The family wishes to thank Visiting Angels for their care in the last weeks of his life. Also, Whatcom Hospice for guiding us through the end of life. We appreciate you both.

A graveside service will be held at Greenacres on Wednesday, July 28th at 10:00am. A Memorial Service will follow at 11:30am at Immanuel Lutheran Church, 5782 Lawrence Rd, Everson with a light lunch to be served.