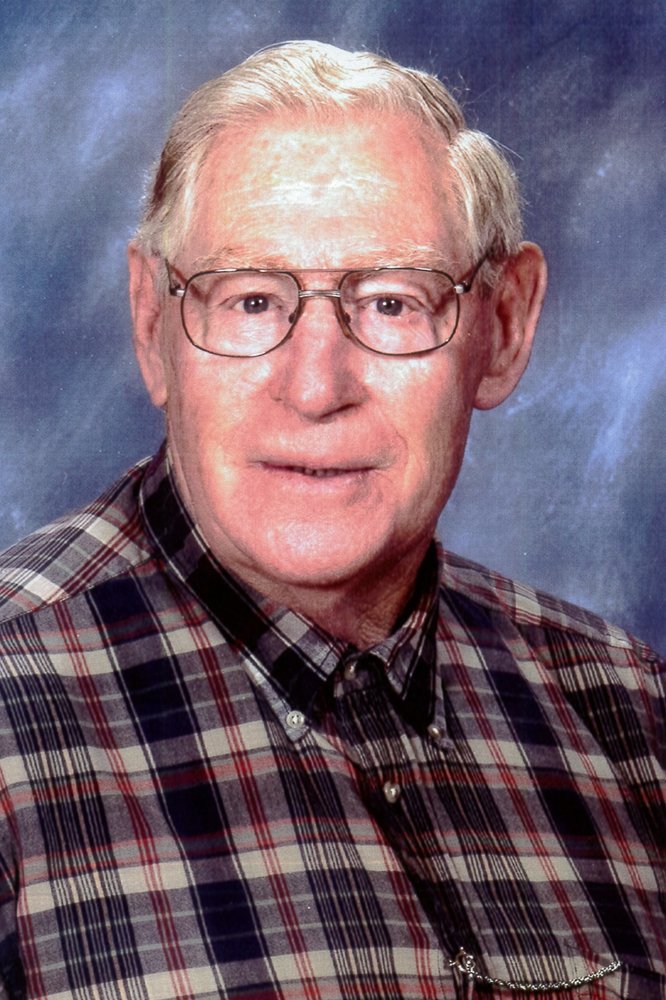 Buell (Red) Mulkey was born September 9, 1931 in Waverly, Ohio. He was called home to be with his Lord August 27, 2016 in Lynden, Washington. He was the second eldest son in a family of 7 children. The family travelled between Ohio, Kentucky, Utah, and Washington while his father sought work. Settling in Cashmere, Washington in 1946, Buell graduated from Cashmere High School in 1950. The Korean War began in July of 1950 and Buell enlisted in the United States Navy leaving for Boot Camp after the safe delivery of his baby sister, Donna. He was honorably discharged in March 1955 after serving on the USS Union out of Sasebo, Japan. Returning to Cashmere he was introduced, by his sister Phyllis, to her friend Janice Kay West of Entiat. Buell proposed in April and the couple married July of 1955. He began working for the Burlington Northern Railway, travelling throughout the state of Washington while Janice stayed home with their growing family. They raised 4 children and he was “Uncle Red” to many more.

Buell’s life was centered by his relationship with Jesus, his relationship with his family and working hard at whatever task needed doing. Often working 6 days a week, 16 hour days, his only day off was Sunday. The day was spent at Church and with family. Buell was a faithful, helping hand to family, friends and neighbors. He could offer sound advice and a strong back to most any project. He was a man you could rely on.

A Memorial Service will be held September 10, 2016 at 2pm at Christ Fellowship 1208 E. Main St in Everson, WA 98147. Remembrances may be made in Buell’s name to Child Evangelism Fellowship.