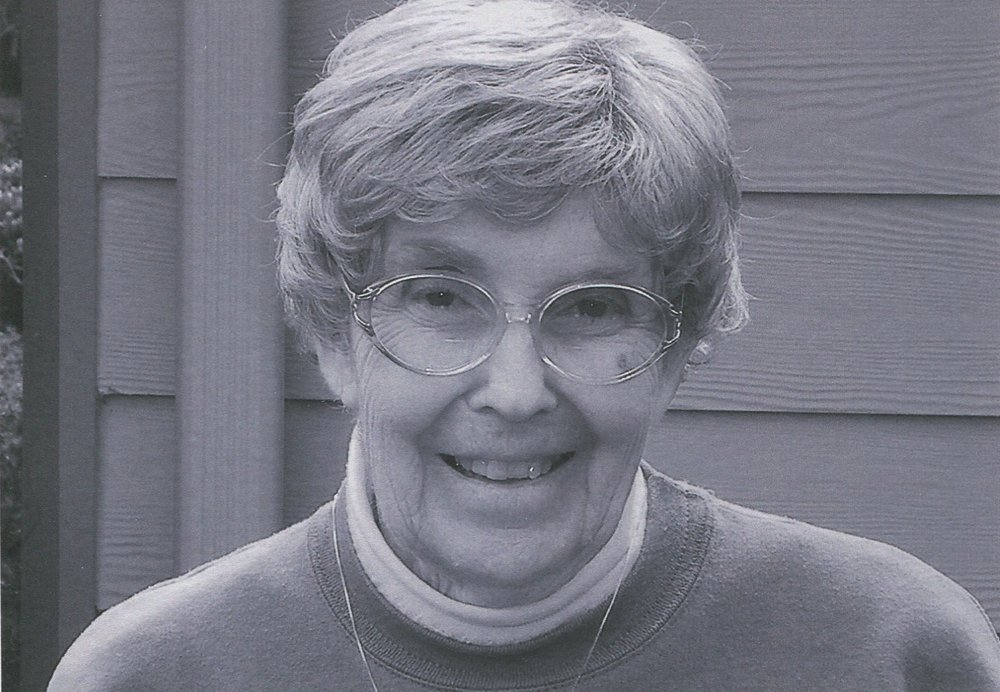 Bev was born in Pasadena, CA to Harold and Thelma Leach on 04/14/29 and she passed away peacefully into God’s Kingdom on 03/21/15 in Bellingham, WA. After a few years she moved with her family to Santa Ana, CA. While living there she attended grade school, high school, and graduated from junior college. She then attended Whittier College. In 1956 she met John Taylor on a blind date and after six short months they became engaged, married, and moved to Orange, CA.. She continued working as the head of a credit union for two years. Then we became parents of a baby girl, Carol Elizabeth Taylor. Three years later we had a son, Donald Richard Taylor. As time passed, Bev went back to work for a few years but found being a homemaker and raising the children to be more fulfilling and gave up work outside the home.

Over many years, the family took numerous trips to one of the most beautiful places in California – the Sierra Nevada Mountains. There John and Donald would fish and take photographs while Bev would read and knit. She was an accomplished knitter making socks, sweaters, afghans, caps, baby blankets and clothes for the homeless. When John’s dad was 85 he moved back to California and because Bev was such a caring person, she took great pleasure in getting him out for a weekly ride and lunch.

In 1994, we started looking for a place to retire and after visiting Bellingham, we decided that we had found a new home. For many years, we have thanked God for leading us to this beautiful land. Recently when Bev’s health started to fail, we talked many times about what a good life we had spent together and that we were both so satisfied and happy. Bev was such an all around wonderful, caring person and believer in God and Christ His Son. She did her utmost to fulfill an old saying that John learned at YMCA camp – Christ first, others second and I’m third. There is no doubt where her home is now. Our 58 years together seems like such a short passage of time. I will miss her greatly as will our son, Don of Montana, our California family, daughter Carol and her husband George, grandson Deryk and his wife Trudy, sister-in-law Katsy of Oregon, all our nieces and nephews and our friends in both California and at Trinity Lutheran Church in Bellingham.

“Only one life, will soon be past – only what’s done for Christ will last.”

No memorials please. Any gifts, please send to Saint Jude’s Children’s Hospital or your favorite charity. There will be a memorial service later where she will be inurned in California. Our heartfelt thanks to North Cascades Health and Rehab and to Hospice Care for their loving and understanding way of keeping Bev comfortable these past days.