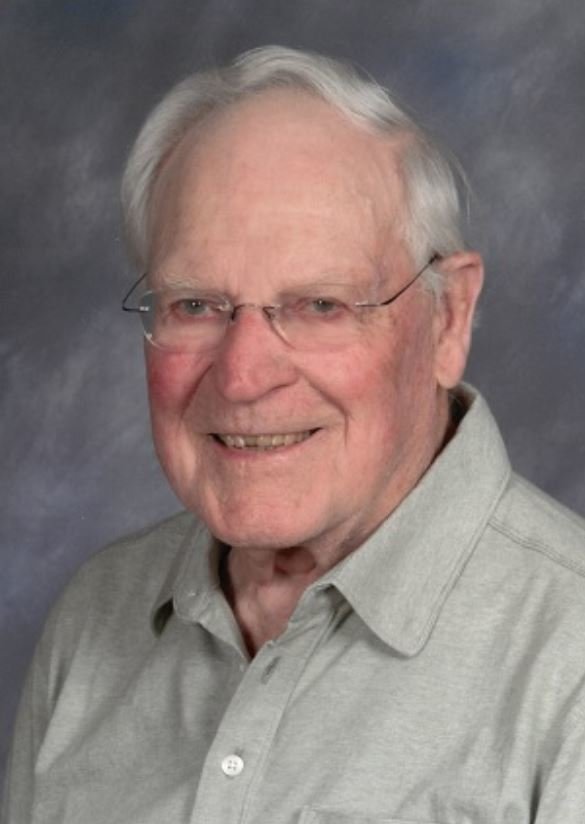 Ben was born on May 17, 1919 to Charles LaVerne Knight and Maude Irene (King) in Maple Falls, WA. He joined three older sisters, Verna, Maude, and Mary, and was followed by triplets, Dorothy, Dolores, and Della. At age six, the family piled into an old Dodge touring car and moved to a Ferndale farm without indoor plumbing or electricity. Ben attended North Star and Ferndale High School but dropped out to work. He married Elma Louise Keller on January 1, 1940. They had daughter, Susan Jean, and bought and moved to several small farms. Ben worked as head sawyer at a furniture company mill and milked their dairy herd.

Ben and Elma bought a Deming farm with a creek and named it “Derriabar”, (Sinbad’s paradise). Ben worked as a “bucker” in the woods and developed a prize dairy herd. In 1948-49, they owned the highest producing purebred Jersey herd in the US (NW Jersey Journal). Ben severely injured his heart lifting a 300-pound motor and was advised that is would shave 10 years off his life and that he should not lift over 30 pounds. He started working as a school bus driver and janitor, and their son Evan Alan was born. Ben and Elma developed a milk route selling their dairy products to residents and schools from Glacier to Acme.

Through contacts with Jersey breeders, Ben was hired to prepare (“fit”) several Jersey herds for showing at state fairs. Kruft Dairy Farms in Phoenix, AZ offered him a herdsman job, so the family moved. While in AZ, Ben and Elma accepted Christ as their Savior and began attending church. Not wanting to endure a second hot summer, they returned to WA and Ben was hired to manage the Larson Jersey Farm on Camano Island. Daughter, Star Elaine, was born in 1955 at St. Luke’s during the move, and Ben got two speeding tickets on the drive between Bellingham and Stanwood. While there, Ben broke his back in a farm accident while moving irrigation pipes and had two surgeries, leaving him with steel screws in his lower spine and no longer able to do physical labor.

Desperate for employment, Ben landed the local insurance salesman job with Farm Bureau and read insurance policies to educate himself. He won “Rookie of the Year” and took Dale Carnegie courses to develop communication skills.

Ben joined Oltman Insurance Agency and later bought it from Otto and Don when they retired. Elma worked with him as secretary for several years. Ben was elected to the Board of Directors of Mutual of Enumclaw Insurance Co. and served until the age of 70. In 1981, they sold the agency and he retired at the age of 62. Ben and Elma took several international group tours and extensively travelled in the US and CA via motorhome. Both enjoyed decades of fishing/camping trips with family and church friends. Elma did not enjoy salt-water boating so Ben and Star cruised around the San Juan and Gulf Islands and Vancouver Island in the “Starfish”. They also canoed the Bowren Lakes Chain twice in B.C.

Ben and Elma sold their Deming farm in 1992 and moved to Nooksack. After Elma passed away on September 13, 1997, Ben and Star traded houses and later added an apartment onto the Nooksack house for him. He bought a Woolridge river boat and fished regularly with friends and family in lakes and rivers. Ben, Star, and her son, Curt, flew to many Alaska Airlines destinations while Star worked for Horizon Air. Ben did all the outdoor work and gardening until the age of 96 and won 3rd prize for his Christmas light display. Ben moved to the Christian Healthcare Center in November of 2017, where he received excellent care. He was a member of Nooksack Valley Baptist Church (Christ Fellowship) for 60 years and served as a deacon for several terms. He is remembered for his “Yagottawanna” campaign to raise funds to build their youth center.