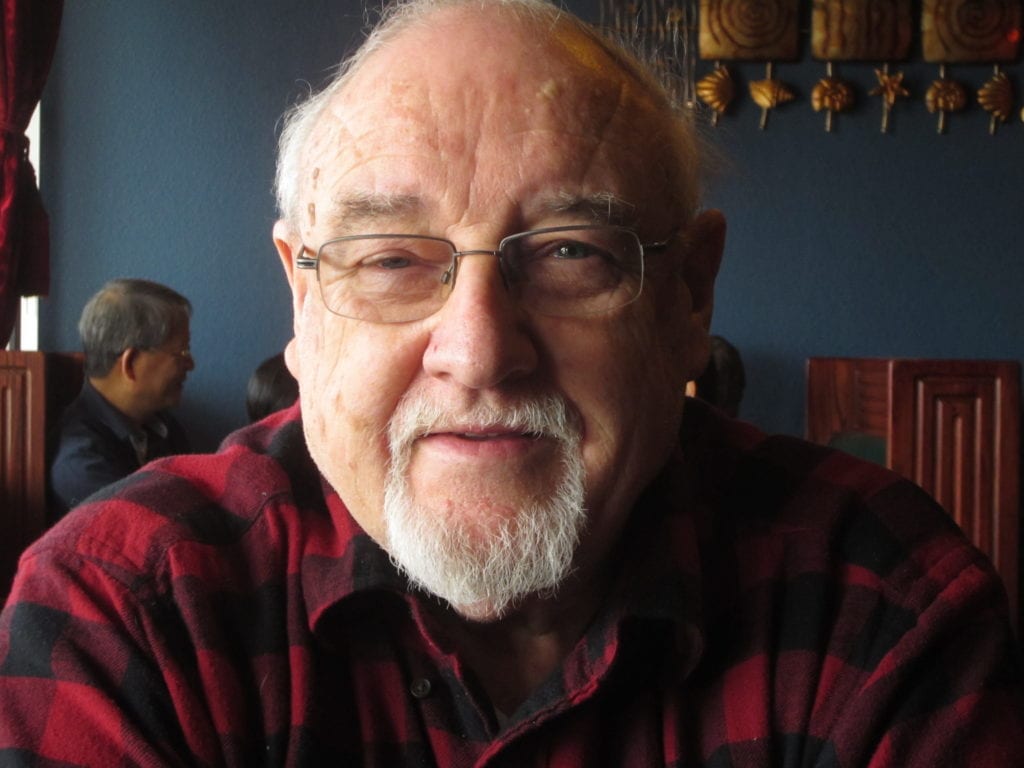 Barry was known for the way he livened up the room with his presence, humor, and stories. He liked to capture the moment, especially those shared with his family, with both words and photos. You would most likely find him completing the Jumble in record time, playing Words with Friends and whipping the pants off someone, or watching sports, particularly the Texas Rangers, Mavericks, Cowboys or the New York Mets. He was a lifetime bowler, which he began as a pin boy in the 1940s. A pipe organ aficionado, he shared his passion by recording the music from St Andrew’s weekend services, uploading it to his Mac and emailing it to his list of 43 “subscribers.” He was a steam locomotive and model train enthusiast. He loved to play pinochle.

Growing up on Long Island in Valley Stream NY, Barry graduated from Valley Stream Central HS in 1952. He studied Building Construction at LIATI/Interboro Institute (1956). He and Bev lived in Malverne NY for 36 years until Barry moved to Plano TX after Bev passed away. Barry started his career as an accountant, but later found his real passion — driving buses. He worked for Veteran’s Transportation, Suffolk County and retired as a school bus driver for Garden City Public Schools where he also served as the varsity team bowling coach.

He touched the hearts of many, especially those in his bowling leagues and the choir members at St. Andrew United Methodist Church where Barry was known for his beautiful tenor voice.

Nothing would give Barry more pleasure than to help maintain the St. Andrew pipe organ that brought him so much joy. If you would like to donate in his name, please write, “Organ/Piano Upkeep (Barry Ryan)” in the memo of your check made payable to St. Andrew UMC, P.O Box 260917, Plano TX 75026.

To watch a recording of Barry’s Memorial Service, click here.