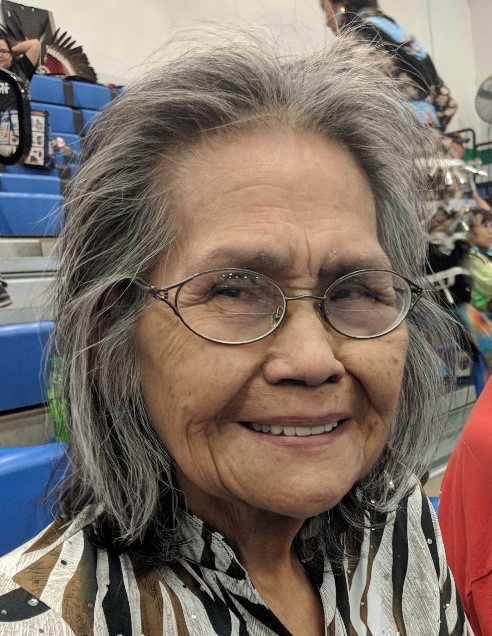 Barbara Elaine Berger, 79, of Bellingham, WA, passed away of natural causes while surrounded by family that she cared so deeply for.

She was a loving wife survived by her husband of 39 years, Stuart Berger. She was a loving mother and is survived by her eight children; Curtis Russell, Scott Russell, Carey Russell, Benjamin Russell, Julie Ross, Suellen Russell, Teresa Taylor and Gilbert Berger; 21 grandchildren; and 16 great grandchildren. Her brothers Ralph Scott, Sr. and wife Rosalie, and Charles Scott and her sister, Gail and husband Ron Phair.

She is preceded in death by her son, Sheldon Russell, her father James Lincoln Scott, her mother Helen Hillaire (Lawrence), her sisters Esther Ware, Katherine Tom and Marian Alvarado.

Barbara was a member of the Lummi Nation and descendent of the Swinomish and Upper Skagit Tribes. She was born in La Conner, Washington. She attended Chemawa Indian School and then Ferndale High School. She also attended Western Washington University for two years before marrying Curtis S. Russell, MSC USN (retired) in 1960. As a Navy wife she lived and raised children across the country, including Illinois, Virginia, California and Washington.

Upon returning to Bellingham she met and married Stuart Berger in 1981 and having a son, Gilbert. Barbara lived out the rest of her life in the Bellingham area active in the church, the Church of Jesus Christ of Latter-Day Saints, Ferndale and Blaine Wards. Barbara was also active in the Lummi community and took pride in taking care of her children, grandchildren and great-grandchildren and others around her.

A family viewing will be at Moles Farewell Tributes Ferndale  on July 29, 2020 at 9:30 am, procession to the Lummi Nation Cemetery at 11:00 am with family graveside services starting at noon.

The children of Barbara Berger wish to extend our sincerest thanks to the family. We also wish to thank the Lummi Health Clinic, and specifically Dr. Chris Hawk for his many years of caring for mom and his wisdom, kind heart, and willingness to help.