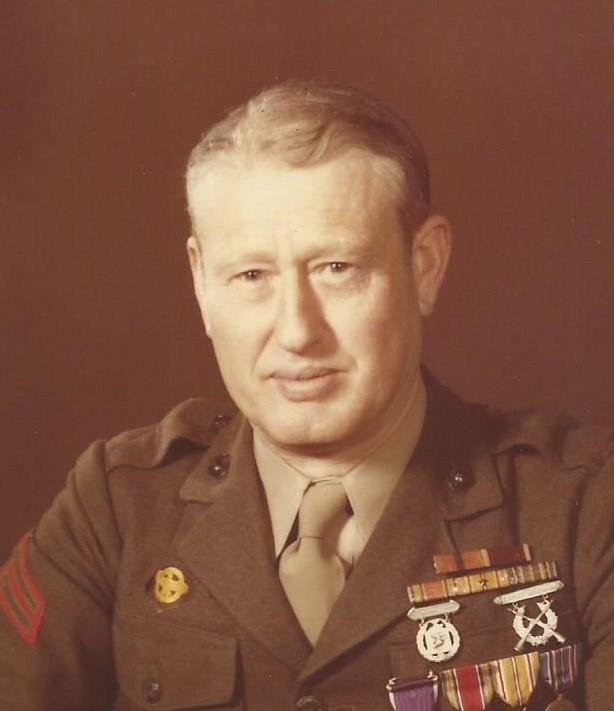 Arthur William (Bill) Pattison passed away June 29, 2016. He was 91 years old. Bill was born August 4, 1924 in Bellingham, Washington to Ned Elmer and Bertha (Webb) Pattison. He attended Mount Baker High School but graduated from Bellingham High in 1942, then joined the Marine Corp and served in the South Pacific Theater during WW11, was wounded on Saipan and finished his service stateside. Returning to California he met and married Eleanor Stebbins July 6, 1947 in Port Chicago, then moved her back to Washington to their home in the Geneva community where they settled down and raised three children. He worked for the Barron Tire Co on Railroad Ave for several years then moved onto Northwest Cycle where he was the senior mechanic until he retired in 1987. He was also a long time member of the IOF. He enjoyed writing poetry and short stories, playing his guitar with The Lookout Mountain Boys in his early years and after he retired, with his wife on keyboard, they entertained at area nursing facilities. They loved taking trips on their motorcycle, visiting family and friends across the country but were never tempted to leave their beautiful Northwest Washington home which by this time was on the south end of Lake Whatcom. Bill loved to tell jokes and always had a new one to share with his friends and family at each visit. He was the ultimate recycler; using whatever was handy to fix or rebuild anything that needed it and nothing was more satisfying that cutting a pile of wood for the stove. A favorite and treasured activity was fishing with his son, Ned. Bill also loved The Lord. He was a member of The Little Brown Chapel in Wickersham and attended the Alger Community CRC the past 10 years.
Bill was preceded in death by his parents, his wife of 55 years, brothers; Donald Pattison, David Pattison. Sisters; Daisy Pattison Wikberg, Claire Pattison, Grace Pattison Alderson, Pearl Pattison Barrett and son-in-law, Lanny MacDonald. He is survived by his Children; Roxanne (Dale) Bearden of Sedro Woolley, Nancy MacDonald (Randy Robertson) of Maple Falls and Ned (Pam) Pattison of Birch Bay. Brother John (Marilyn) Linde of Granger, WA., along with his grandchildren Kara (Ernie) Bettencourt, Chris McConnell, Marsha (Tim) Green, Bill Bearden (Rebecca), Matthew (Cara) Bearden, Kim (Chris) Hansen and Eric Whitehead. 15 great grandchildren, 8 great great grandchildren and many treasured nieces, nephews, friends and brothers and sisters in Christ.
A memorial service will be held on Saturday July 16, 2016 at 1pm at Alger Community Christian Reformed Church, 1475 Silver Run Lane, Bellingham, WA 98229.
Contributions in his name may be made to The Lighthouse Mission 923 W Holly St, Bellingham, WA 98225 of which he was a proud and constant supporter.