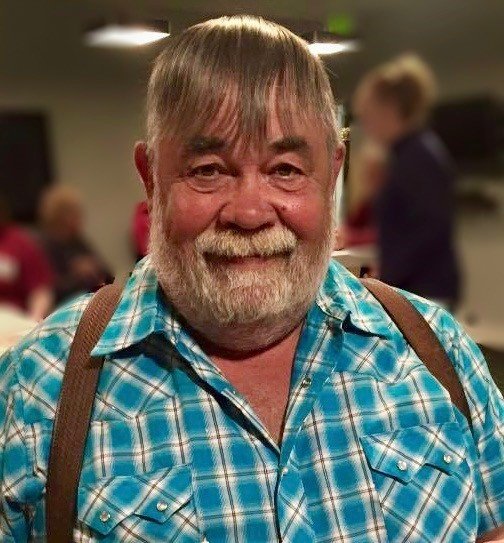 Arnie Lee Salmonson passed peacefully to his father’s house on Sunday, February 17, 2019. Born one of five children to Arnie and Doll Salmonson on April 23, 1949 at St. Luke’s Hospital in Bellingham, Washington, Arnie was a lifelong Whatcom County resident and cherished his family heritage. He attended Ebenezer Christian School and then Lynden High School. After high school he worked on the family farm and then proudly worked with his father at Darigold, retiring after 36 ½ years.

While on a blind date he met the love of his life, Elaine (Gilmer), to whom he proposed after only two weeks. They were married on June 14, 1969 and had a very special love. They would have celebrated their 50th wedding anniversary this year. After marrying Elaine, Arnie left the homestead and started his family. He was blessed with a loving family: son Barrie (Keri) Salmonson of Everson, daughter Adele Salmonson (Derek Lankhaar) of Lynden, son Lage (Lila) Salmonson of Blaine and daughter Sophie Salmonson (Jim Hayes) of Everson; 12 grandchildren and six great-grandchildren. In 1979, he was able to purchase and move his family onto the farm on which he had grown up. He raised his children to cherish the farm and instilled in them the same love he had for the farm.

Arnie enjoyed 33 years of active involvement with the Northwest Washington Fair Demo Derby. Every member of his family drove a derby car at one point. He began as a mechanic, progressed to driving and the last 15 years was a mentor and official. Arnie loved the outdoors, spending time bay and river fishing, and every fall was spent at hunting camp with his family and friends. Arnie cherished his family and friends. If you were a friend, you were family… and family takes care of family. He was a lifetime member of the Rocky Mountain Elk Foundation. He helped organize and coordinate the yearly Rocky Mountain Elk Foundation Banquet and also provided meals for the volunteers as they installed elk fencing. He was also an avid bowler. Arnie was a lover of sports of all kinds but fell in love all over again watching his grandchildren thrive and participate in sports. He also cherished watching his grandchildren perform in dances and plays.

A memorial church service will be held on Monday, March 4th at 12:00 p.m. at First Reformed Church in Lynden followed by a graveside service at Greenacres Memorial Park, Ferndale. After the graveside service, please join the family for a celebration of life reception (location TBA).