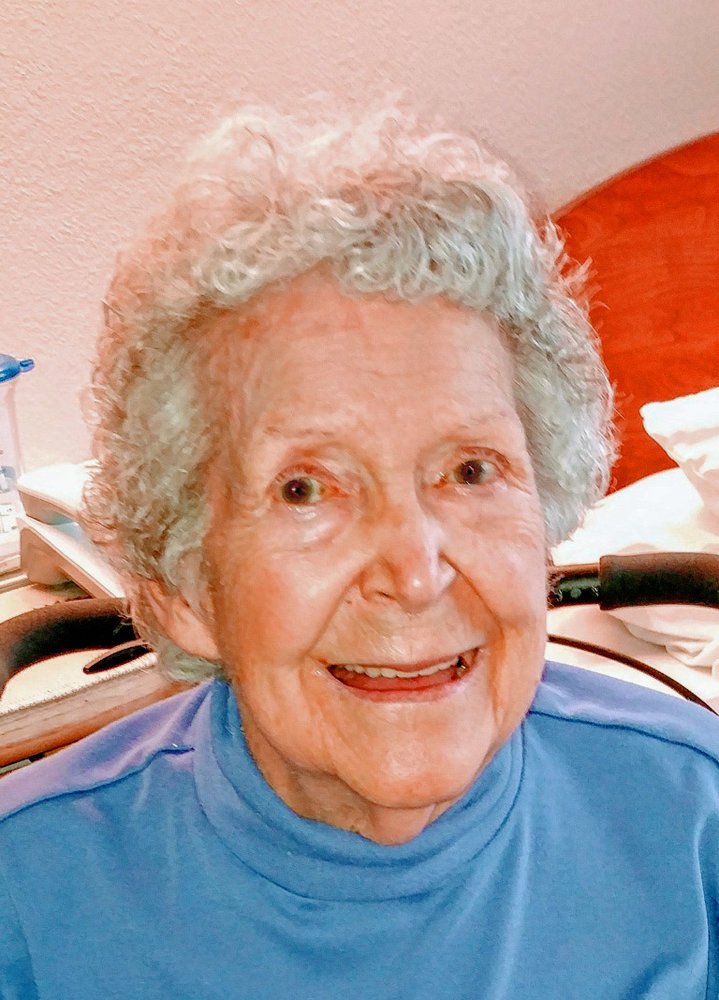 Arlene Signe Pilcher, 94, of Bellingham, formerly of Wenatchee, passed away peacefully at the Mt. Baker Care Center on February 25th.

Born in Bellingham, the youngest of five children, to Swedish immigrants, Knute and Signe Evertz, Arlene recalled many happy gatherings with a large extended family. Christmas was an especially memorable annual get-together accompanied by the traditional Swedish smorgasbord. She was the last survivor among her siblings.

Arlene graduated from Bellingham High School in 1942. She continued to meet with former classmates for monthly Class of ’42 lunches up until just two months ago. During WWII, she joined the U.S. Navy WAVES and served for two years. She then married John C. Kowsky, Sr. and they had two children, Loriann and John “Christopher”,Jr.

In 1956, she married Raymond MacDonald and moved to Wenatchee where they had children, Kathryn and Scott. During her years in Wenatchee she worked at ALCOA and attended night school classes at Wenatchee Valley College. Ray passed away in 1976.

In 1979, Arlene married Lewis “Stephen” Pilcher. Soon after, she retired from ALCOA and the couple moved to Bellingham, where she resumed previously begun college studies and earned a BA in Psychology from Western Washington University. She volunteered as a rape relief counselor at Whatcom County Crisis Services. She and Steve became world travelers, experiencing the sights, foods and cultures of many different countries, as well as across the United States.

Throughout her adult life Arlene was a Unitarian, a staunch Democrat, and a member of many civic organizations including Beta Sigma Phi, AAUW, Whatcom Museum Docents, and WWU Foundation. She always stressed the importance of education, she loved music, art and reading, and enjoyed the beauty of nature.

She was preceded in death by her husband Steve in 2010, and her daughter Lori Smiley in November of 2018.

The family would like to thank the staff of Mt Baker Care Center for providing gentle and loving care during Mom’s final months. Arlene requested no services. A family gathering will be held in the Spring.