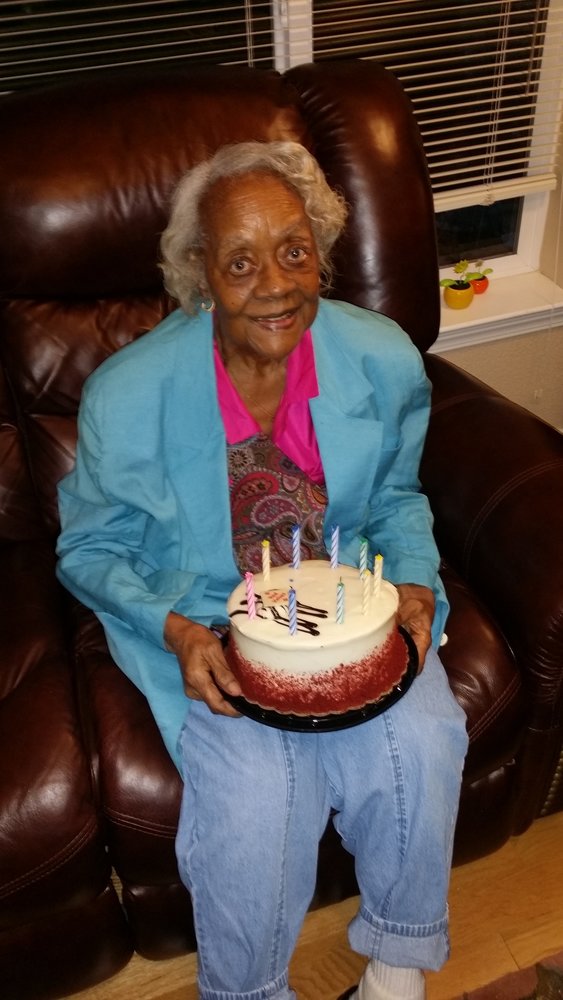 Amie Cornelia Johnson lived a blessed life for 92 years. She was born on September 1, 1923 and departed this earth on December 21, 2015. She was born Amie Cornelia Wall in Wake Forest, North Carolina to the late Amos and Alice Wall. She was a fraternal twin and is survived by her twin sister Alice Cecelia Mullins-Wall. She attended Bennett College in North Carolina and as young adults, she and her twin sister Alice both moved to New York City to discover what life had in store for them.

Amie met her future husband John Richard Johnson in New York City. They married in Holy Matrimony on January 18, 1943. Three children resulted from this union – Arthur Tyrone, Joan Renee, and Amie Janet. Amie was widowed in 1987 when her husband John Richard succumbed to a long illness.

Anyone who knew or just met Amie always thought the world of her. Amie was a regular church goer and loved spending time with her twin sister Alice. Many a Sunday was spent in church followed by visits with one another and their children.

When there were problems in the neighborhood, Amie joined the Tenants Patrol and kept a constant presence in the lobby of her apartment building. Daring anyone to walk in without identifying themselves.

Amie ruled the household, doling out discipline with a readily available implement. Using just enough discipline to get your attention and modify your behavior. One time her son Arthur was outside playing baseball when she yelled out the hallway window to come upstairs to eat supper. Arthur instead wanted to continue playing and showed it by stomping his foot. The discipline that followed was a tongue lashing and finger wagging. Foot stomping never occurred again. The implements used “that” time were just a tongue and a finger.