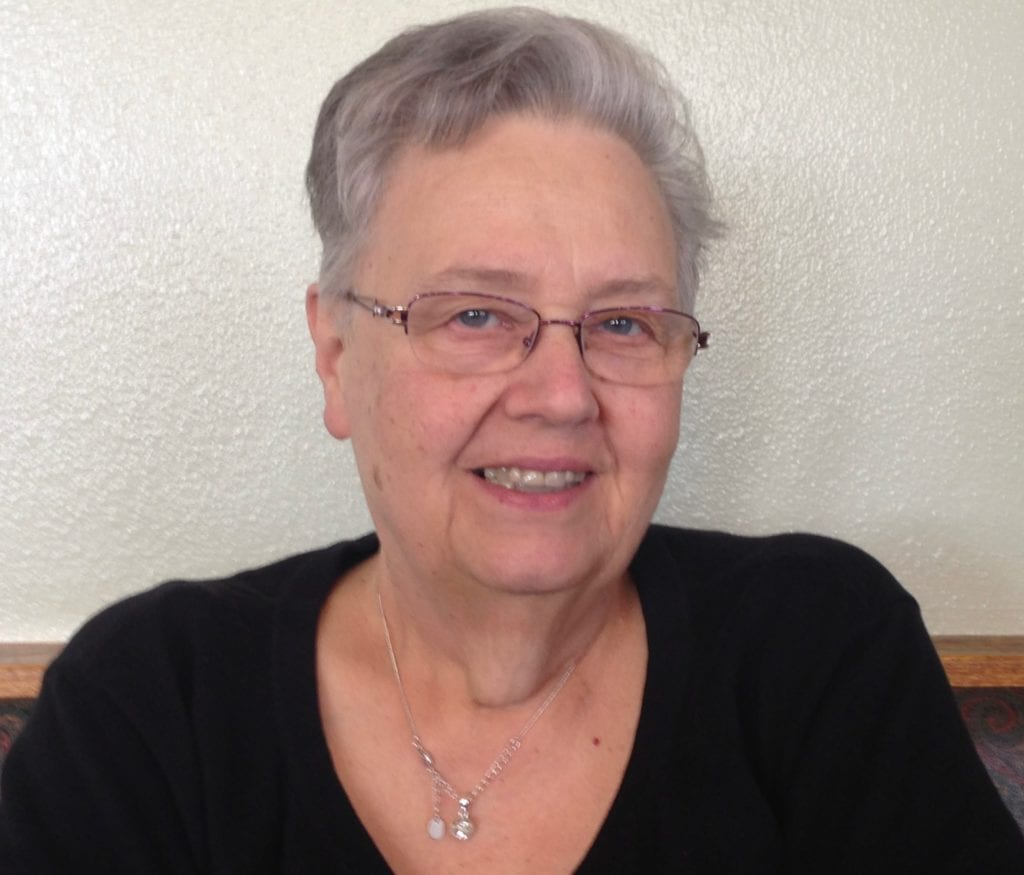 Alice, as a single lady, worked in a skyscraper in downtown New York City for an engineering firm that later on was involved in the design of the Space Needle in downtown Seattle, Washington for the 1962 World’s Fair.  She commuted via bus and ferry every day to work as there was no need for a driver’s license at the time.  In the early 1960’s, Alice moved to Seattle to attend Bible school where her roommate and future sister-in-law introduced her to Arland.  Later on, while on their honeymoon, Alice learned how to drive on the open roads from New York to Bellingham area to start their lives together.  They were married for 41 years.

Alice was a homemaker and loved raising her two daughters Jean and Joann, whom were named after her childhood best friends.  She was involved in various church activities for many years including preparing for church potlucks and church secretary for a number of pastors spanning over 20 years.

Some of her hobbies as a younger mother were knitting afghans, baby sweaters and hat sets and working on family picture albums. Alice played an active part in her three grandsons’ lives since the day they came home from the hospital.  She was proud to be their grandma.

She enjoyed the art of scrapbooking and making homemade cards for holiday bazaars and personal friends or family to give away.  She liked being creative with her card making gal pals and always looked forward to spending hours with them having a good time.  She also enjoyed her “coffee clutch” for several years once a week with extended family after Arland passed away.  All these things brought her a peaceful contentment during and after raising her girls.  Alice was a prayer warrior, loyal and a good-natured lady with a ready laugh to all who knew her.

She was preceded in death by her parents, husband, brothers Bill, Jim and Bob Bodien, and son-in-law Eric Ougland, and is survived by daughters, Jean (Todd) Hildebrand and Joann Ougland; grandsons Levi (Brooke) Weston and Tyler Ashcraft plus numerous nieces and nephews.

Thank you to those of you that attended Alice’s graveside service on Friday to lay her to rest at Greenacres in North Bellingham, WA.