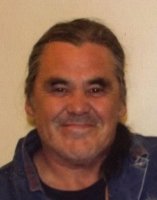 Al was born April 29th, 1957 in Bellingham, Washington and passed away on July 9th, 2014 in Ferndale Washington.

Al enjoyed playing baseball with the Lummi Boys team, carving, walking on the beaches, canning , and watching movies. Al was a life long commercial fisherman, and for a while was the head cook for the first Lummi Casino.

Al is survived by his wife Audrey James-Noland, his daughters Adeline and Catrina, and sons Chicko, David, Clifford, and Jessie, Along with two brothers Ronald and Floyd , and one sister Debbie Ramirez.